Kamminga Takes 100 Breast Down To Scorching 58.43 As 3rd Best Performer Ever 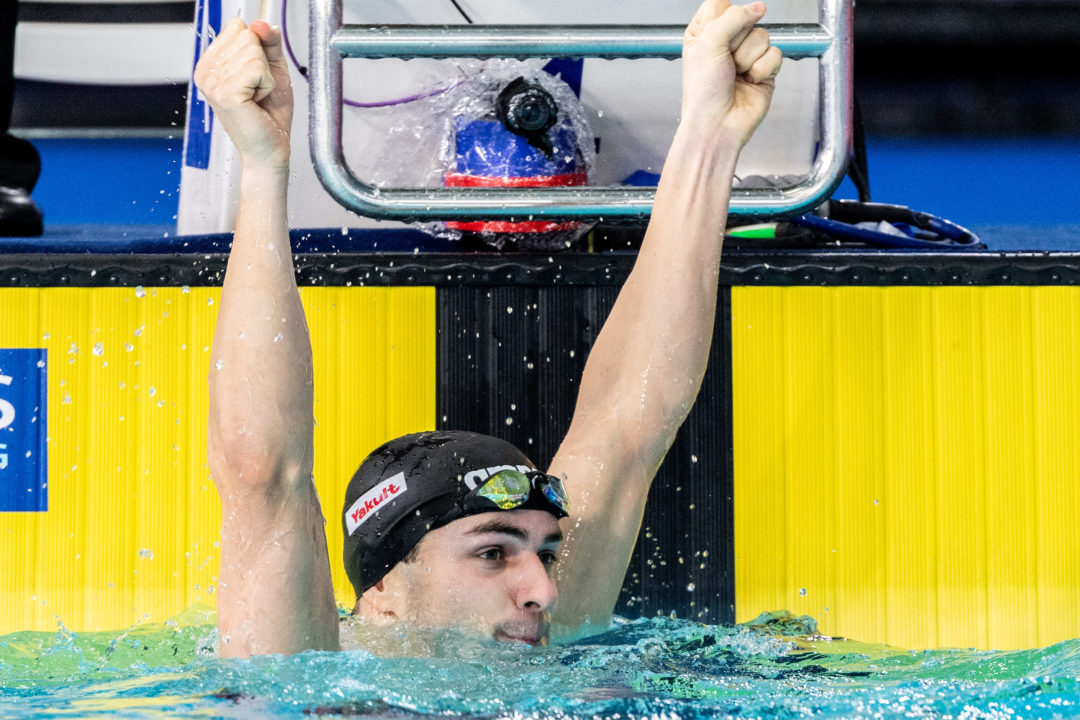 Dropping almost another tenth off of a lifetime best and Dutch national record in the 100m breast? Arno Kamminga doesn't mind if he does. Archive photo via Giorgio Scala / Deepbluemedia / Insidefoto

Just when we were settling down from 24-year-old Arno Kamminga’s new Dutch national record of 58.52 in the 100m breaststroke heats here at the Antwerp Diamond Race, the man went ahead and shaved another .09 off of that outing in the final.

Splits for Kamminga’s race this morning in Antwerp versus tonight’s effort include the following, with a big differentiation in strategy between the 2 swims.

With his 58.43 scorcher, Kamminga bumps himself up from slot #5 to now become the world’s 3rd fastest performer in history just months out from the 2020 Olympic Games

Kamminga’s 58.43 outing also keeps him atop the world rankings throne for the season, positioned ahead of the likes of Great Britain’s Adam Peaty and Belarus’ Ilya Shymanovich.

Honestly he could go well under 58s in Tokyo. It’ll take 58low to medal. Peaty, Kamminga & Wilby on the podium.

My thinking: Kamminga is swimming 58s regularly before spring. He’ll drop again in summer and possibly go sub 58. Wilby is a postman and has (imo) the best stroke from a technical approach – It’ll hold up in an Olympic final. Shymanovich exciting but unpredictable – I’d have him 5th behind Yan Zibei.

Yan Zibei could threat to medal

oh yes , that guy is dangerous too

Yeah Hansen got silver but the winner did a fly kick off the turn before that was allowed and it was like 0.01 between them so…

It’ll be tough for them to make the final with this many 58’s. Don’t see anyone going 58.5. If everyone else is on, that’s a tight field. Maybe Wilson.

Peaty* Kamminga* Zibei* Wilby* I think are locks for the final. Shymanovich could easily make it but isn’t too consistent, and then yes there’s Chupkov Prigoda and Matt Wilson. If Fink/MA/Andrew Wilson can muster a 58 high I think that makes it. Super fast field