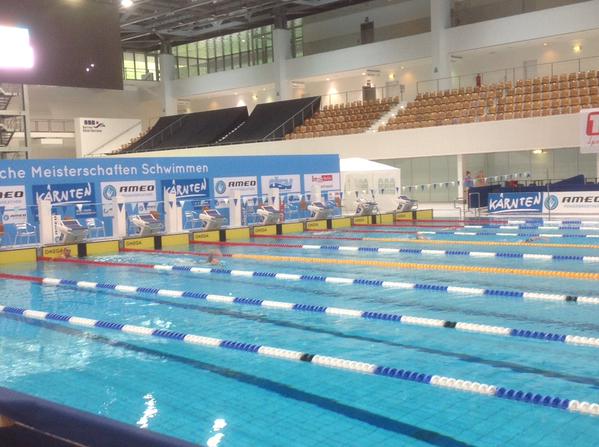 While in Berlin getting ready for German Nationals, Paul Biedermann confirmed for the press that he will indeed be retiring... Current photo via Daniela Kapser

While in Berlin getting ready for German Nationals, Paul Biedermann confirmed for the press that he will indeed be retiring from the sport of swimming after the 2016 Rio Olympic Games.

The 28-year-old indicated that, had the 2017 World Championships been awarded to Germany, he may have postponed, but with the competition going to Hungary, Biedermann said that “after 2016, enough of swimming for me.”  Biedermann was unable to earn Olympic medals at Beijing or London, although he does have two current world records to his credit.

He will be 30-years old by the time the 2016 Olympics wrap up, so this decision to retire is not a big surprise, but with swimmers choosing to push their careers many times a decade longer than previous generations, it is momentous to hear the words from his own mouth.

Biedermann is the current 400m freestyle world record holder, but confirmed that he will be leaving this race out of his repertoire in favor of the 100 and 200 freestyle.  Biedermann is also still the owner of one of the most elusive swimming world records from the 2009 super suit era – that of the 200m freestyle.  His 1:42.00 has survived multiple World Championships and the London Olympics and still seems to be on its own tier, at least for now.

Biedermann’s girlfriend, Britta Steffen, who is also a World Record holder, retired in 2013.