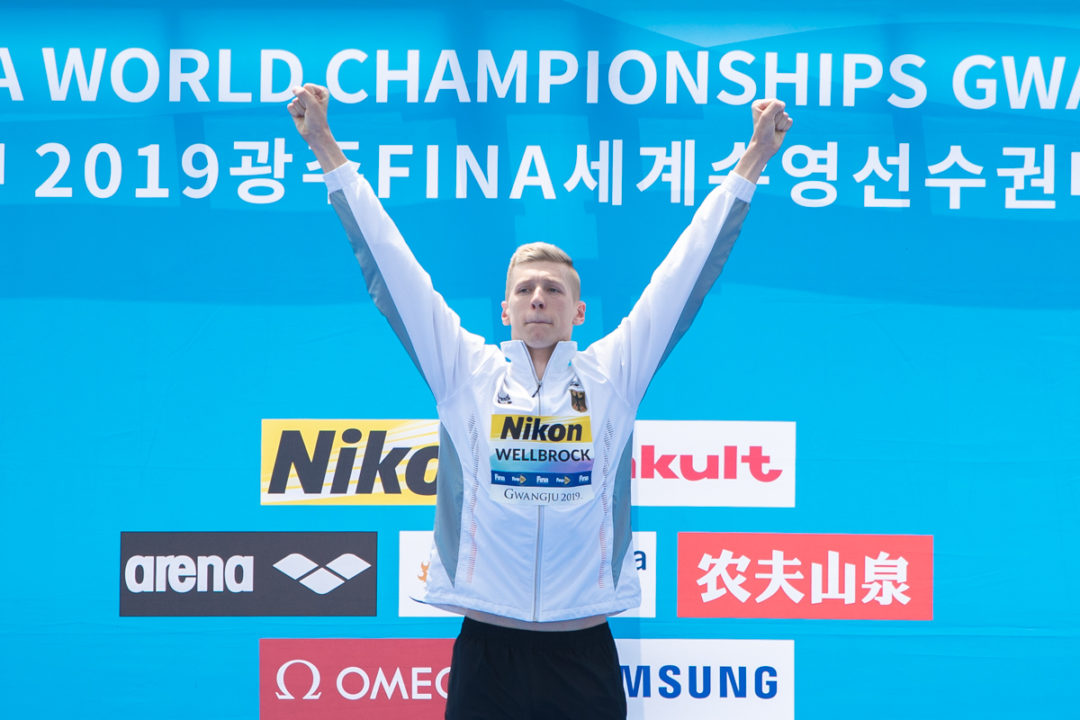 The 2020 German roster has recently been released by the DSV, showcasing key swimmers that have performed well this past season. Archive photo via “Rafael/Domeyko Photography”

In total, 235 pool swimmers and 31 open water swimmers have received entry to the national team for Germany. The swimmers have been divided into several squads. There are twenty swimmers in the Olympic squad (OK), thirty-five in the prospective squad (PK), four in the supplementary squad (EK), and 54 in the junior squad (NK).

The 2020 swimming roster includes several swimmers who showed promise at the 2019 FINA World championships meet. Florian Wellbrock, a gold medal winner in the men’s 1500 free in Worlds has been included in the 2020 roster, as well as Sarah Kohler, who received a silver medal in the women’s 1500 M free at the 2019 Worlds championship.

Despite the occurrence of this meet, several other meets could not commence as planned due to Covid-19. Consequently, the Germany National Squad changed its selection process.

Swimmers are typically promoted to the Germany national team based on times from high-ranking meets such as international championships and qualification competitions. Considering many of these were canceled, special regulations were set in place in March to ensure that Germany swimmers could still be appointed to the national team. The federation did not specify what these new criteria were.

The selection process isn’t the only issue that COVID-19 had inflicted across Germany. According to previous SwimSwam reporting, Germany’s cases have recently hit an all-time high.  This has caused nationwide shutdowns, and consequently, the lack of access to pools and gyms for several swimmers. Without the ability to hold training as usual, these athletes are struggling with the ability to remain in competitive shape.

This, however, does not apply to the swimmers on the national team. Because of their high importance, swimmers of a national level continue to practice with increased safety regulations.  This allows for these swimmers to get ahead not only of international competition, but the other swimmers in Germany without access to a pool as well.

Athletes can still be reappointed to the national team by December 31 if management regulations are followed. This would be extremely beneficial to those athletes without access to the training necessities that would help them get ahead.