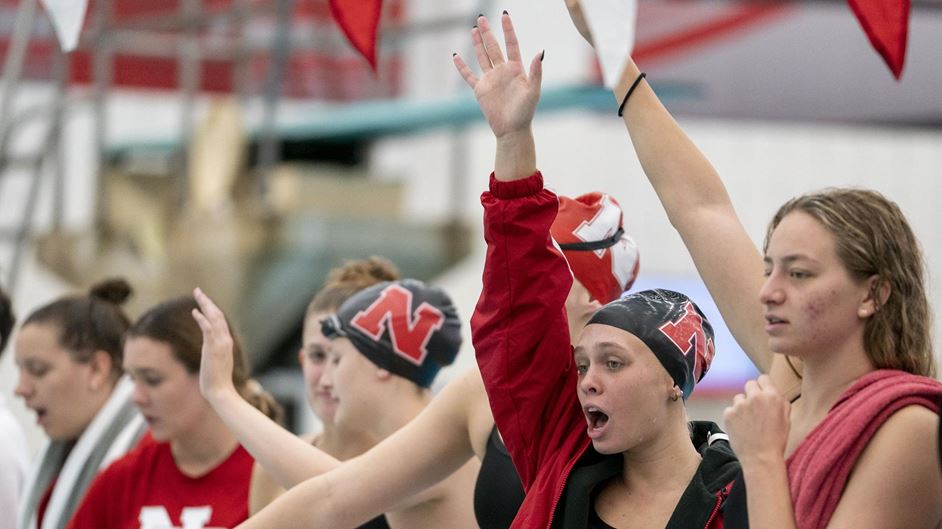 In a tightly contested Big Ten match-up, the Nebraska Huskers ultimately came out on top of the Fighting Illini by just 36 points. Current photo via courtesy Jordan Opp:Nebraska Communications

The Nebraska Huskers hosted the Illinois Fighting Illini on Saturday for a Big Ten match-up. The meet was tightly contested from start to finish, with both teams suited up. They switched places for the lead throughout the meet, but Nebraska ultimately came out on top after building a 20 point lead going into the final break, scoring 168 points to Illinois’ 132.

Nebraska and Illinois have met annually since 2007. This meet brings the series record to 10-6, with Nebraska holding their edge over Illinois. The Huskers also won last season, while the Illini won the year before that.

Dorshorst’s time of 9:56.73 was also a record-breaking performance, as she shattered the Illinois school record of 9:59.21, which was set in 2002 by Crystal McAdam. This comes after Dorshorst recorded the 2nd-fastest time in program history last weekend in the 1650. Junior Cara Bognar picked up 3rd with a 10:06.15, tying her for the 5th-fastest performance in program history. She too impacted the top-10 list last weekend in the 1650, as she moved to 9th all-time.

Illinois picked up two more wins in the 200 breaststroke and 400 IM. Senior Kaleigh Haworth cruised to a win in the 200 breast with a personal best time of 2:13.98, taking first by nearly two seconds. Her swim moves her to 4th fastest all-time in program history. In the 400 IM, freshman Sara Jass made up a 3-second deficit on Jorgenson during breaststroke to overtake her for the lead, touching the wall in a personal best time of 4:18.43, making her the 5th-fastest performer in school history.

Nebraska’s win was in large part due to their performance on the boards, as the duo of Kelsey Clairmont and Reagan Hinze went 1-2 in both diving events, with Clairmont winning both.

Both teams are working toward the Big Ten Championships from February 15-18 in Ann Arbor, where last year Nebraska placed 9th and Illinois placed 11th. Illinois has concluded their dual meet season, while Nebraska has one more remaining against Rutgers.