Gator Olympians and Juniors Lead the Way at Orlando Sectionals 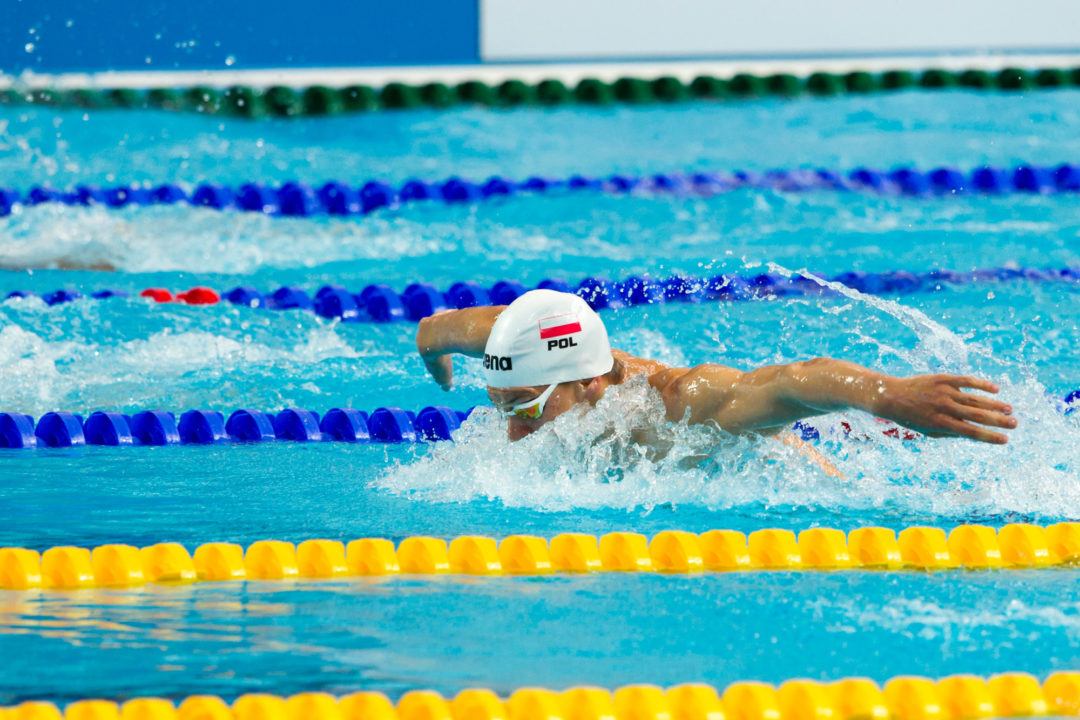 With Olympians and collegiate champions headlining, the junior-aged swimmers at the Orlando Sectionals still got in their fair share of victories on Friday. That started early in the session when a pair of teenagers tied for the win in the first race of the meet, the 200 free. 16-year old Mary Smutny of the AK Sharks and 14-year old Olivia McMurray of Swim Florida posted matching 2:03.05. That swim by McMurray is the second-fastest by a 14-year old nationally this season.

Florida senior-to-be and 2016 Polish Olympian Jan Switkowski won the men’s 200 free in 1:49.16, beating out the defending SEC Champion in the event Baqlah Khader (who represented Jordan in Rio).

On the women’s side, Jamaica’s Alia Atkinson grabbed two wins as well. She won her signature event, the 100 breaststroke, by exactly 3 seconds over Florida State’s Natalie Pierce (1:07.61-1:10.61). Just over a week ago, Pierce became Florida State’s first-ever finalist at USA Swimming’s Summer National Championships in the 50 breaststroke.

Atkinson also picked up a win in the 100 fly (59.94) and later swam with her younger South Florida Aquatic Club teammates to a win in the 800 free relay as well (Kathleen Golding, Kelley Heron, and Melissa Marinheiro).

Pretty nice fly time by Atkinson as well, under a minute. Is that her first time?

When I heard Olympians in the title I thought it mean the actual fast American Olympians. I was expecting to see names like locthe, dressel, beisel haha