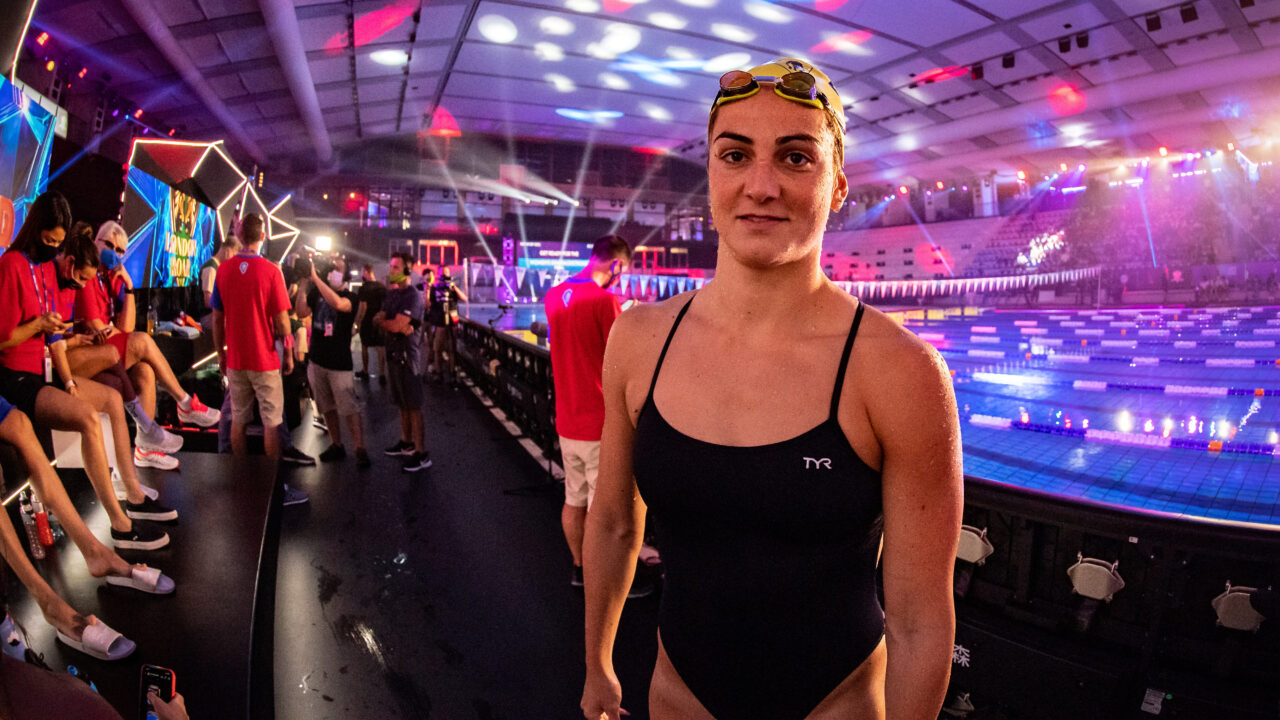 Day 2 of the 2021 French Elite Winter Championships saw Beryl Gastaldello wrangle up another win to pair with her 100m free victory from yesterday. Archive photo via Giorgio Scala / Deepbluemedia / Insidefoto

Day 2 of the 2021 French Elite Winter Championships saw LA Current’s Beryl Gastaldello wrangle up another win to pair with her 100m free victory from yesterday.

The former Texas A&M Aggie clinched the women’s 50m fly win this evening, putting up a time of 25.15 to beat the field by over half a second. Her time dips under the French Swimming Federation-mandated time of 26.32 needed to qualify for the 2022 FINA World Championships.

Gastaldello owns a lifetime best of 25.79 in this event, a mark she produced at the 2017 FINA World Championships. Her performance here checks in as the 7th fastest swim from the woman who just started training under former University of Alabama head coach Coley Stickels.

National record holder Charlotte Bonnet was back in the water as well, grabbing her first gold of these championships. The 26-year-old ace took the women’s 200m free this evening, albeit in a somewhat pedestrian time of 1:59.57.

Despite owning a lifetime best of 1:54.95 as the 2018 European Champion, Bonnet and Russian swimmer Anna Egorova, who touched in 1:59.62, represented the only swimmers to get under the 2:00 threshold in tonight’s final.

On the men’s side, Maxime Grousset got the job done in the 50m free, putting up a solid 22.09 to top the podium. Grousset’s time clears the minimum qualification standard of 22.18 for Abu Dhabi while also tying the 8th fastest time of his career.

Additional winners included Yohann Ndoye Brouard who took the men’s 100m back in 53.44, registering a World Championships-worthy time in the process.