Gastaldello Doubles Up As Aggies Close Out Notre Dame 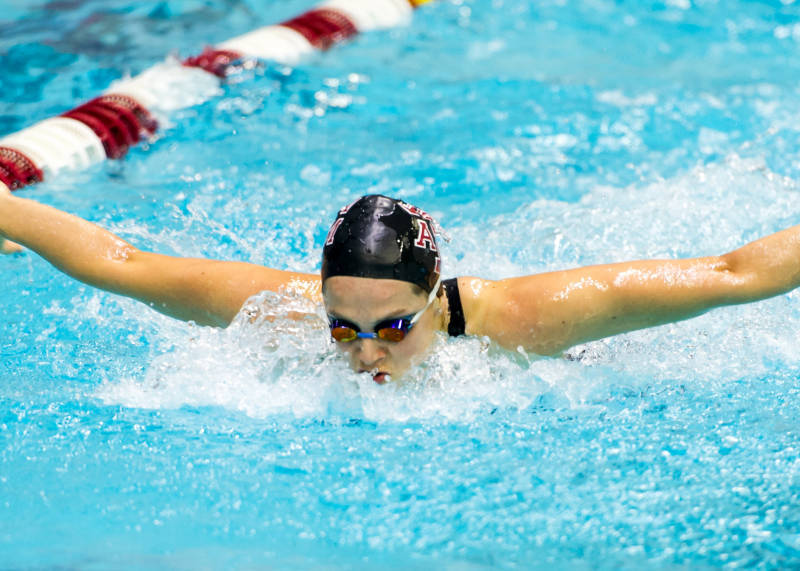 After opening up significant leads on day 1, the Texas A&M men and women closed out their dual with Notre Dame on Saturday with a pair of victories. The women topped the Fighting Irish 211-36, while the men prevailed by a score of 193.5-159.5. Michigan State also partook in the meet on day 1, with both the Aggie and Irish men and women defeating them in head-to-head scoring.

After just one win on Friday, Notre Dame came back strong with four on Saturday. Abbie Dolan took down the 200 free in 1:46.58, and Lindsay Stone cruised to the win in the 1000 free in 9:51.07. They also had a win from diver Claire Andrews in the 3-meter, and won the 400 free relay in 3:19.82 to cap the meet off. Despite the Aggies officially scoring that swim as exhibition, due to already having the meet wrapped up, the Irish still beat them out by 0.07.

What was the technical reason why Bethany Galat was DQ in the 400 IM?