Gabriel Santos Suspension Extended To One Year, Will Miss Tokyo 2020 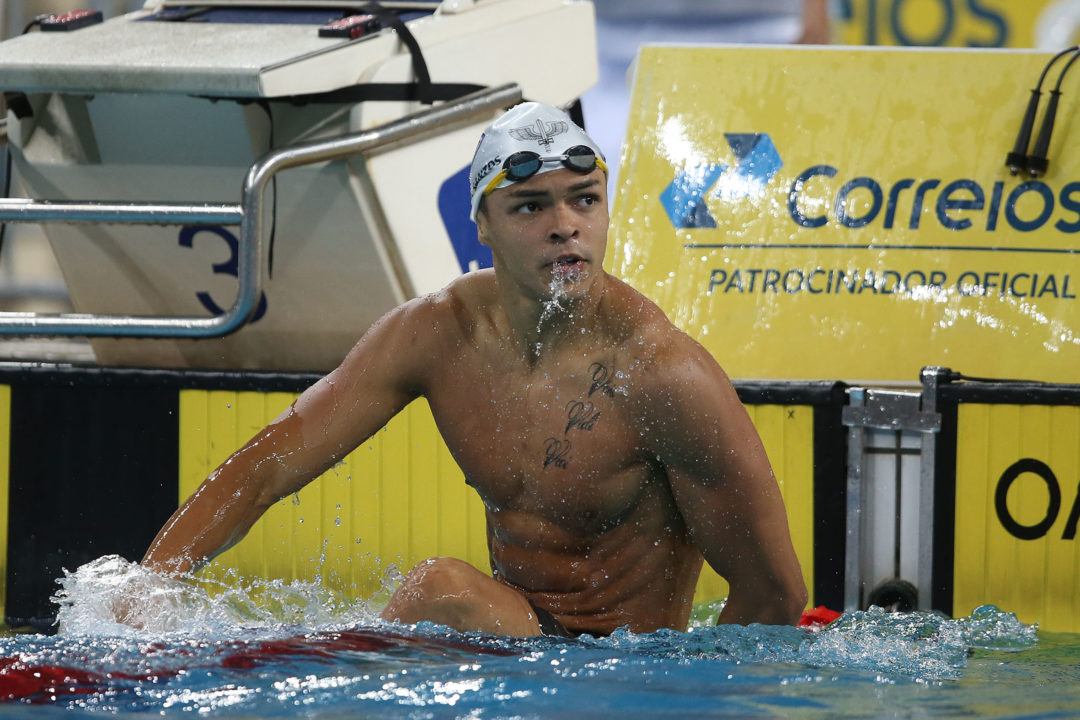 Gabriel Santos' eight-month doping suspension has been extended to a year by a FINA Doping Panel, making him ineligible to qualify for the 2020 Olympics. Archive photo via Satiro Sodre/SS Press

Santos initially received his suspension on Friday after testing positive for the anabolic steroid Clostebol, getting eight months retroactive to May 20. That would make him eligible to compete again in January 2020.

On Monday, Alex Pussieldi reported that the 23-year-old’s suspension had been extended by four months after a revision from a FINA Doping Panel.

The extension leaves him out of competition until May 2020, which makes him ineligible to compete at the Maria Lenk Trophy and thus loses his chance to qualify for the 2020 Olympic Games.

The decision is subject to appeal to the supreme court.

Santos was originally named to the Brazilian team for the currently ongoing World Championships and travelled with the team to Gwangju where his hearing took place.

At the 2017 Championships in Budapest, he placed 14th in the 100 freestyle and set his personal best of 48.30 leading off Brazil’s silver medal-winning 400 free relay. He also won a gold medal last summer in the 400 free relay at the Pan Pacific Championships.

This year he swam a time of 48.45 at the Brazil Trophy in April which ranked him 22nd in the world prior to his suspension.

For more details on Clobestol and the suspension, click here.

About time they got tougher on this kind of thing. It seems in the past they always end the suspensions just in time for the next big meet.

Good, should never get the chance to live his dream again.

That’s kinda harsh swimboy. I’m guessing you never got a chance to live your dream?

Where’s everyone with the pitchforks????