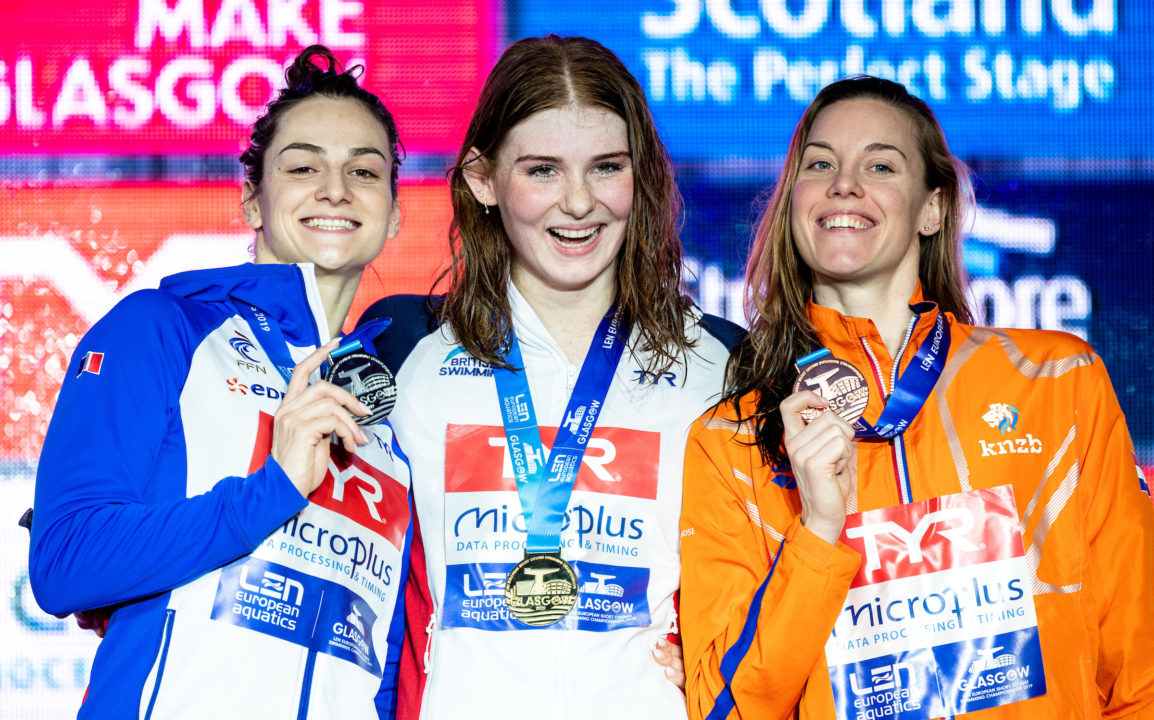 British 18-year old Freya Anderson turned in 6th place at the 150 meter mark of the women’s 200 free final on Saturday, but made up a second-and-a-half over the last lap to win in 1:52.77. In the process, she broke her own British Record in the event, clearing the 1:53.33 that she swam 2 weeks ago at the European Derby meet of the International Swimming League.

The eyes did not fool in this swim: Anderson’s race was much more of a back-half effort than we usually see to her. Specificallly, she was at 1:25.46 after 150 meters on Saturday, as compared to 1:24.70 that she split at 150 meters in her previous record swim. But she made it all back up in that last 50 meters.

This goes down as Anderson’s 2nd individual gold of the meet, after a 51.49 in the 100 free earlier this week. She had no major international, individual senior level medals in her resume prior to this meet, though she had a few junior-level golds and relay golds previously.

”I’m overwhelmed and really happy as I did absolutely not expect this medal,” Anderson said after the swim.

Anderson beat-out the Meet Record holder and two-time defending World Champion in long course Federica Pellegrini, who finished 2nd in the race in 1:52.77.

Everyone look out for footage of this race! Thrilling throughout. What a talent Freya is and will get stronger as she matures. A true racer in every sense