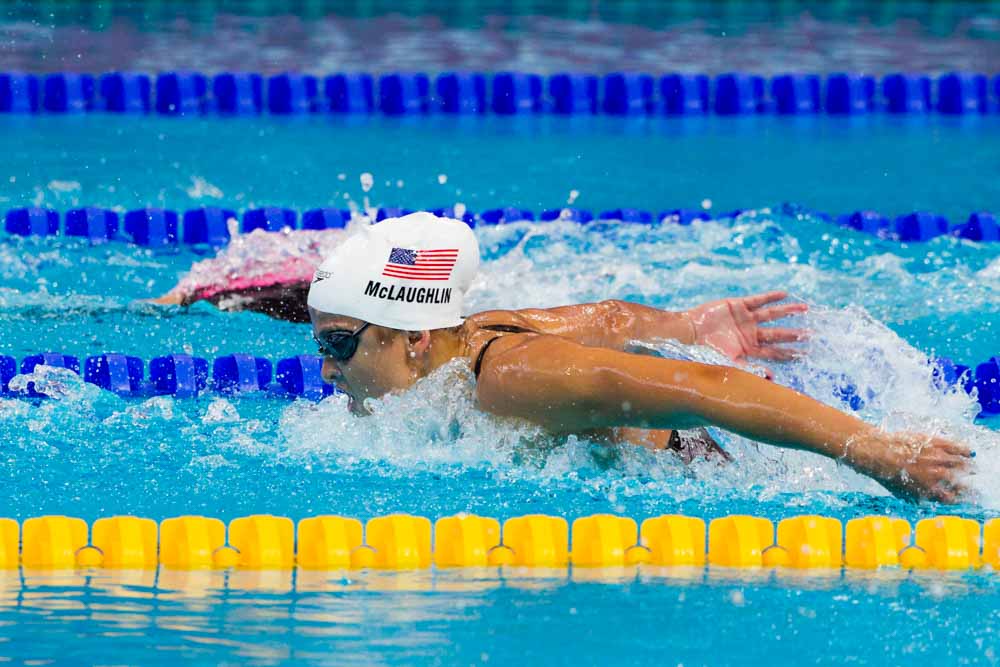 The defending NCAA champion Cal women journeyed up to Pullman, Washington to kick off their 2015-16 dual-meet season last night against the Washington State Cougars.  The two squads competed in the first 11 events of a two-day meet, with the Bears holding a strong lead of 139-66 after Friday’s session.

The Bears weren’t particularly fast (Teri McKeever’s teams rarely swim well in October historically), but they did get big contributions from three members of our #1 recruiting class: Kathleen Baker, Amy Bilquist, and Katie McLaughlin, who combined for five individual wins, a pair of relay swims, and three new Gibb Pool records.  Baker was the first to get her name on the board, joined by Marina Garcia, Noemie Thomas, and Farida Osman in a runaway victory that set a new mark in the 400 medley relay (3:43.74).  The versatile SwimMAC freshman would later take the 400 IM in 4:22.35.

Bilquist set the only individual standard of the meet in the 100 backstroke, where she bettered the field by more than two seconds to win in 54.89, a tenth under the old pool record.  The Indiana native earlier took the 200 free in 1:51.13.

McLaughlin, a World Championship gold medalist last summer on the 800 free relay, recorded the fastest leg (1:49.06) in that event last night to close the Friday session in 7:24.36.  She doubled up earlier in the session, winning the 50 (23.73) and 100 freestyles (50.91) in a nice display of early-season speed for the mid-distance star.

Joining McLaughlin on that 800 free relay was Elizabeth Pelton (1:49.95 anchor split to put away a Washington State squad that had pulled within a second after 600 yards), who, in her second meet since undergoing hand surgery this summer, also won the 500 freestyle.  Other event winners for Cal were Kelly Naze in the 1000 free (10:09.34) and Farida Osman in the 100 fly (54.73).