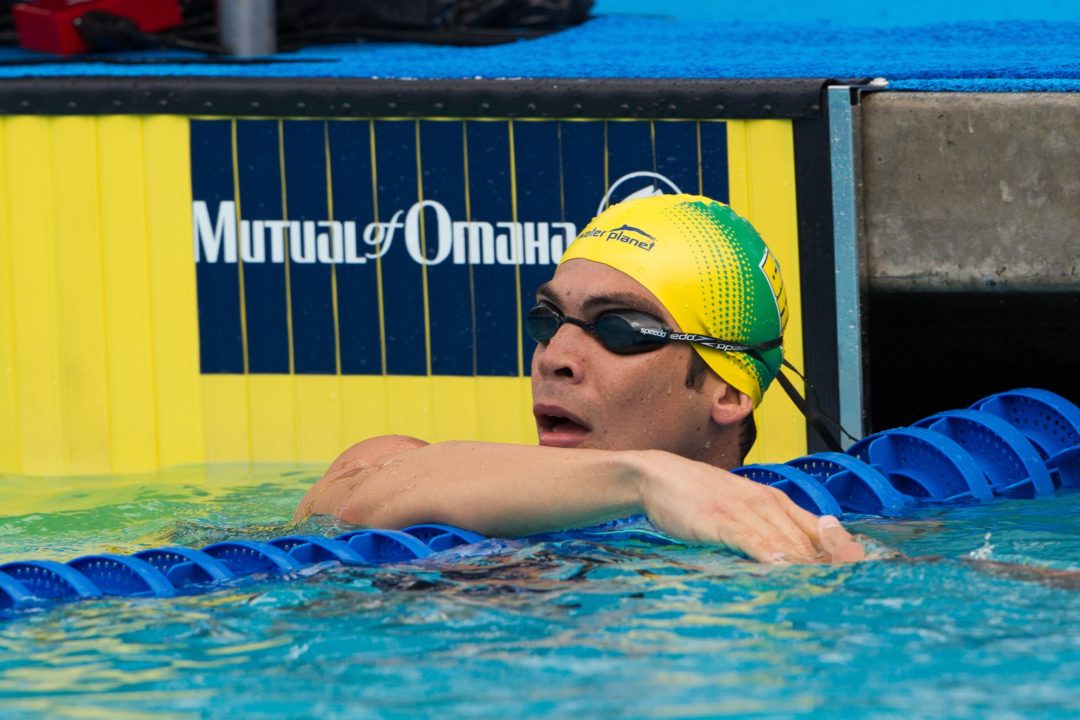 No Cesar Cielo, but Felipe Franca put the Brazilians on top of the World Rankings in the 50 breaststroke. Kaio Almeida, pictures above, was also strong in the 200 fly.

Night 2 of the 2012 South American Swimming Championships slowed down a bit without an appearance from Brazilian World Champion Cesar Cielo, but that hardly impeded the blistering Meet-Record pace for the meet.

The Brazilians continued to swim very well through big training at this meet, including a 27.39 win in the 50 breaststroke from Felipe Franca de Silva. Besides being a new Championship Record, that’s also the top swim in the world this year. He’s the defending World Champion in this race, but it is not an Olympic event, so he’s really going to have to continue to improve his 100 ahead of the London Games.

Kaio Almeida took a win in his best event, the 200 fly, in 1:58.15. That’s yet another new South American Championship Record. I think a 1:58-mid he would have been disappointed in, even in big training, but getting down to a 1:58-low probably left him satisfied.

Cielo will return to action on Friday in the 50 free and likely as a member of the Brazilian 400 medley relay. In the 50, he will be looking at putting the Brazilians on top of yet another 50 meter race – which would  leave them without that honor in just the 50 backstroke.

In the men’s 100 backstroke final, Brazil’s Thiago Pereira got a bit of revenge against Colombia’s Omar Pinzon. After Pinzon pulled off the upset in the 200 back, Pereira came back and won Thursday’s 100 with a time of 55.29. Pinzon was second in 55.60.