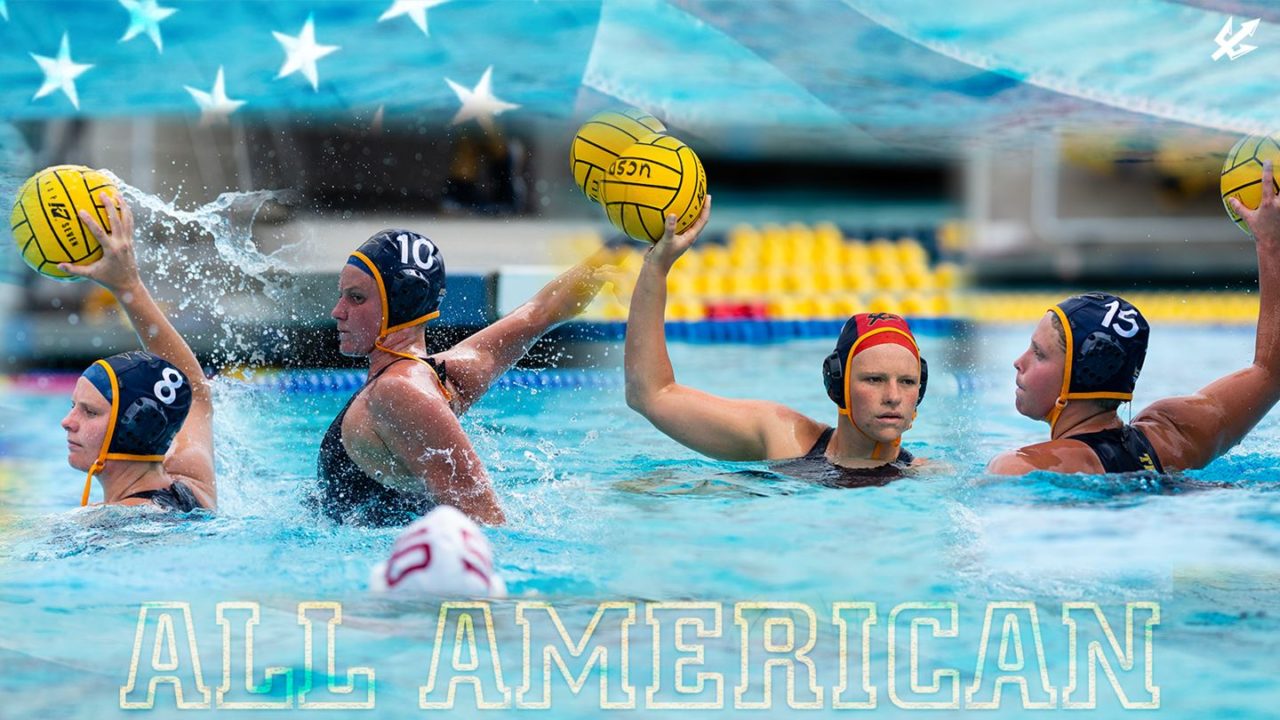 Ciara Franke and Taylor Onstott were both selected to the Third Team while Reilly Gallagher and Jessee Ransone were named Honorable Mention. Current photo via UC San Diego Athletics

BRIDGEPORT, Pennsylvania – The University of California, San Diego women’s water polo team had four athletes earn Division I All-American distinctions as announced by the Association of Collegiate Water Polo Coaches on Monday, April 27. Ciara Franke and Taylor Onstott were both selected to the Third Team while Reilly Gallagher and Jessee Ransone were named Honorable Mention.

In the Triton’s first season as a member of the Big West, Franke made a splash opening weekend and led the Tritons past then No. 4 Berkeley with five goals including the golden goal. Her performance helped UC San Diego earn its first ever Big West Player of the Week award. The junior finished the season with 38 goals, 21 steals and eight assists.

Onstott led the team in points (53), assists (19) and was second in goals (34) and steals (16). The Oceanside native opened the season by setting a new career high with six goals against Iona. Onstott also played a critical role in the Triton’s win over Berkeley and recorded four goals and an assist.

Gallagher earns All-American honors for the first time since 2018. The senior captain finished the season with 53 saves, 10 steals, eight assists and a save percentage of .564. With 530 career saves, Gallagher sits in ninth all-time in career saves.

Ransone stepped into a bigger role her senior year and started nearly every game for the Tritons. The captain recorded 15 goals, 11 assists and 11 steals. In the Tritons win over San Jose State, Ransone set a new career high with three goals. This is the first time Ransone has earned All-American Honors.

The 2020 season marked the first season the UC San Diego women’s water team was a member of the Big West Conference. Highlights from the shortened season include the win over Berkeley, a fourth-place finish at the Triton Invite and opening Big West play with a win over Cal State Northridge.