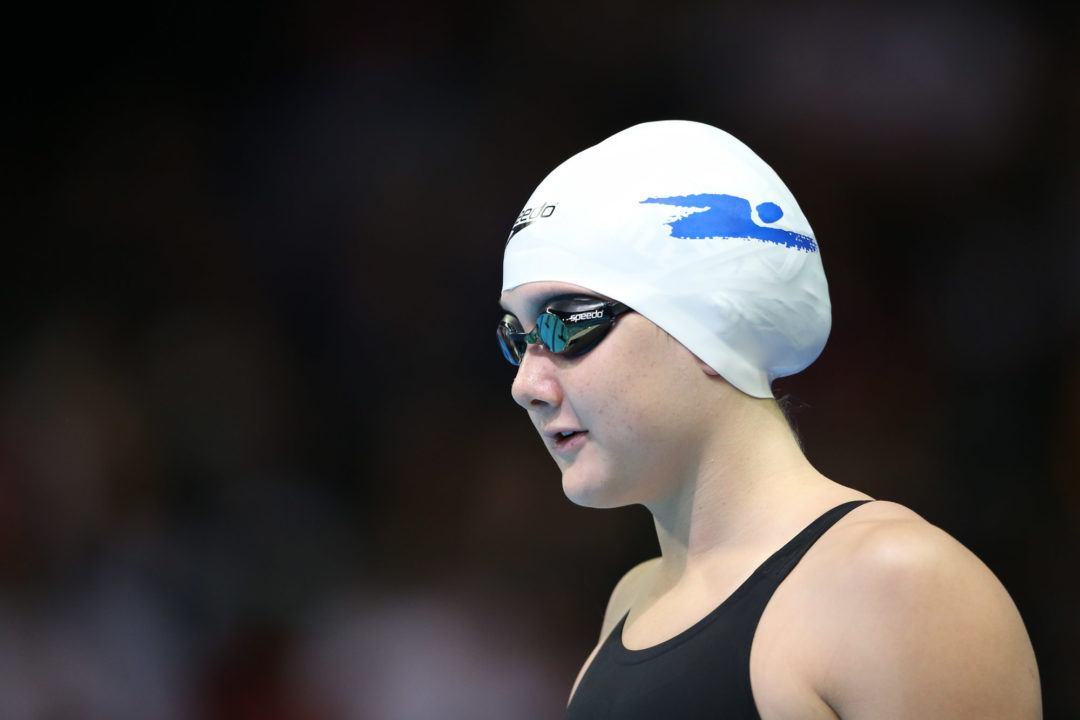 The Fort Collins Area Swim Team has broken a National Age Group Relay Record in the 200 yard medley relay this week while swimming at the Iowa City Sectionals meet.

The FCAST has been dominating the girls’ side of the meet so far, scoring more than twice as many points as the next-closest team at the meet through 2 days. In a Thursday Time Trial of the 200 medley relay (the event isn’t being offered in a regular race at the meet), the team’s A relay swam a 1:38.84, which snuck .01 seconds under their own 15-18 National Age Group Record set last year.

The team of Bayley Stewart, Zoe Bartel, Coleen Gillilan, and Kylee Alons broke the record. Stewart and Alons are 17, while Bartel is 16 and Gillilan 15. The relay is the fastest ever done by a junior-aged medley relay.

So stacked are the Fort Collins girls that Bailey Kovac, the Colorado high school State Championship meet runner-up in the backstroke, couldn’t crack the A relay – instead swimming breaststroke on the B relay.

The relay’s two short-axis legs, Bartel on the breaststroke and Gillilan on the fly, were the two that improved from the team’s previous record-setting venture in December.

This relay should have at least another year together intact. Stewart, Bartel, and Alons are all high school juniors, while Gillilan is just a sophomore.

taking the fastest splits for each stroke would be 0.34 seconds faster, but maybe the line up was different last year.