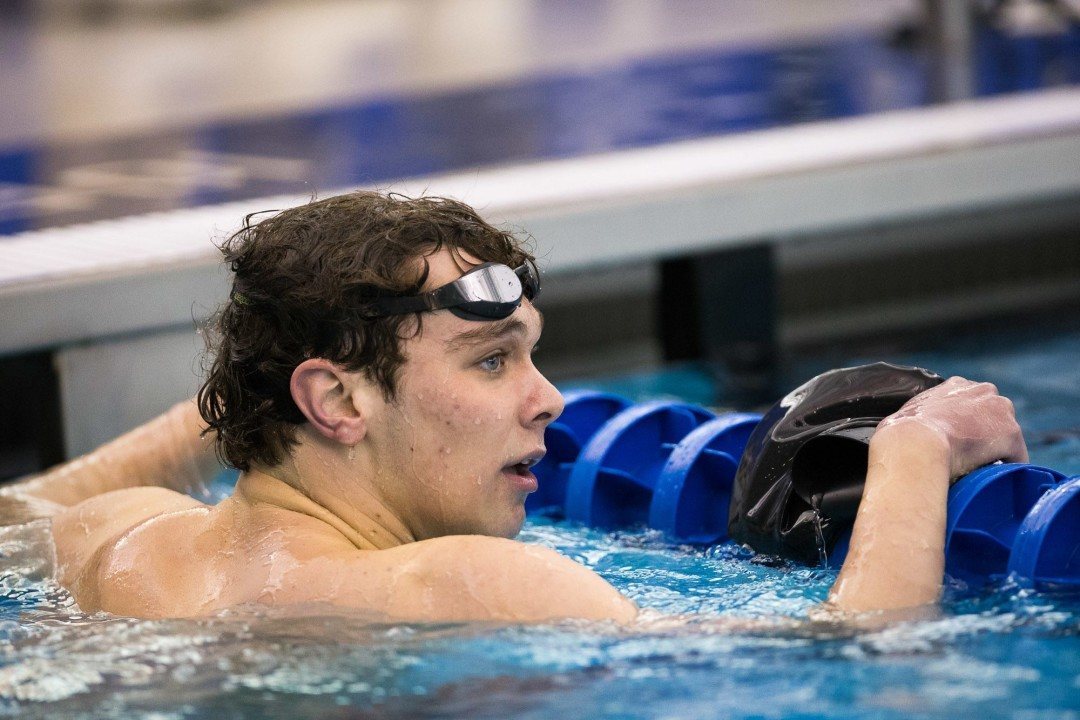 The 11th-ranked senior in the high school class of 2016 has chosen the Cal Golden Bears. Archive photo via Tim Binning/TheSwimPictures.com

Young could contribute to Cal in either the backstroke or butterfly races, but the former of those events is where his international aspirations lay.

The 100 and 200 backstrokes in long course meters are where his two Olympic Trials cuts come from. His best times in those races, both from this summer’s U.S. National Championships, are 55.80 and 2:01.93, respectively.

Young is the two-time defending Georgia 1A-5A (small schools) High School state champion in the 100 back, which goes next to three-straight runner-up finishes in the 100 fly. He also placed 3rd in both the 50 and 100 yard backstrokes at the 2015 NCSA Junior National Championships.

Young is a member of the U.S. National Junior Team in the 100 meter backstroke, and SwimSwam’s 11th-ranked recruit in the class of 2016. #2 commit in the class Michael Jensen also chose Cal over the weekend.

This guy has tons of potential, and adds to an already ridiculous cadre of CAL backstrokers.

21.90 50 back as well. Same club team as All American Taylor Dale and former swimmer of Charles Todd. Backstroke group with him Green, Pebley, Thomas and Murphy will be something else

It happens, I’m similar, although quite a bit slower lol

Just guessing but …Freestyle probably mid-season with backstroke probably leading off relay when rested. Then it would be somewhat understandable.