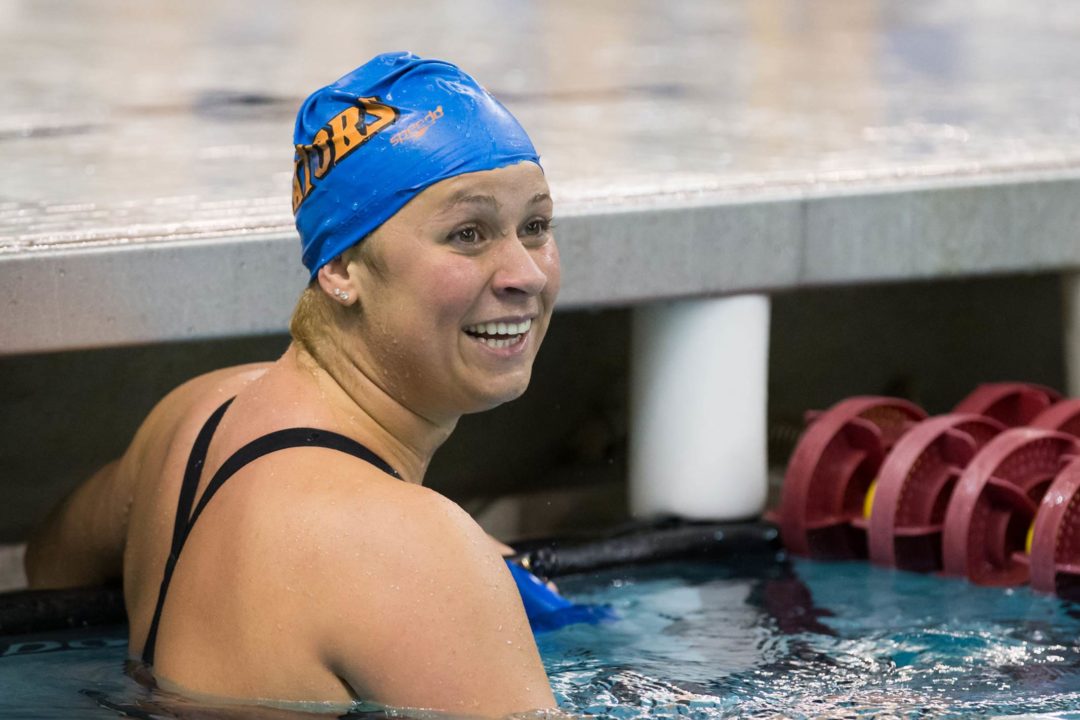 Florida Gator teammates Elizabeth Beisel and Brad deBorde have each been awarded an NCAA Postgraduate Scholarship, the school announced today.

The NCAA awards up to 174 postgraduate scholarships each year, spread between men and women over the fall, winter and spring sports seasons. The scholarships are meant to recognize and reward the NCAA’s highest-achieving student-athletes who will also be pursuing a graduate school education after finishing up their collegiate athletic eligibility.

29 male scholarships and 29 female are available for the each sports season – that’s 87 total scholarships for each gender. That means swimmers are competing against sports like basketball, gymnastics, hockey, indoor track and field and wrestling among others for those postgraduate scholarships.

Beisel, an Olympian in 2008 and 2012, won two NCAA titles with Florida, as well as a whole host of SEC Championships. Academically, she was twice named Capital One Academic All-America of the Year. Beisel studied telecommunications at UF.

DeBorde won two SEC titles in the 50 free and broke both of Florida’s sprint freestyle school records, capping off his career with a third-place finish at the NCAA Championships in March. He was an Industrial & Systems Engineering major who also served as President of the Student-Athlete Advisory Council (SAAC) and was on the Dean’s List for the College of Engineering all four years of his college career.

You can find the Florida press release here.

That’s impressive even for a party school like Florida, well done. I’m surprised to read that Beisel “only” got 2 individual NCAA titles in 4 years; that’s a testament to how amazingly competitive it’s become. Does this mean the scholarships are only to be used UFL grad programs, in which case they will presumably both continue to train there with the postgrad group??

what is beisels post grad plan? i mean, i assume a 2x olympian is going to keep training, but will she stay at florida? she’s one of the most prolific american swimmers on the international scene. she was never as strong in short course and her training seemed to favor the LC time of the year. like she was never on full taper for the NCAA meet except maybe her freshman year. her sophomore year was preparations for the olympics, junior year was olympic hangover/party girl life, and senior year the womens NCAA was so f*ing competitive it was tough for anyone in the top echelon of college swimming

What about transgender ? I have come to look forward to the little addendums & categories tacked onto every award & am missing it already .