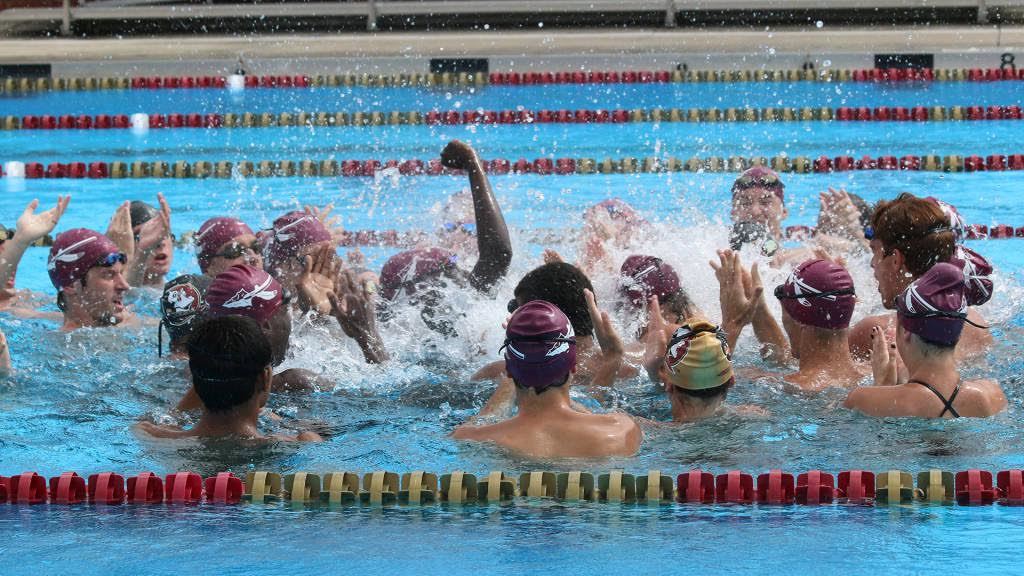 Florida State senior Kanoa Kaleoaloha had some very impressive performances at the recent 2019 ACC Men’s Swimming and Diving Championships. In Greensboro, Kaleoaloha won both the 100 fly (44.93) and 100 free (42.34), and swam a time in the ‘C’ final of the 50 free (19.25) that would have been good enough for 2nd overall in the ‘A’ final.

Despite entering the meet with the 6th-fastest seed time in the 50, Kaleoaloha tied for 24th in the prelims, requiring a swim-off. In the two-man race for the right to swim it again for team points in the finals, Kaleoaloha put up a blazing fast 19.40 to out-touch his competitor by a whopping 0.74. In the finals, Kaleoaloha improved his time again, posting a 19.25, which would have been fast enough for 2nd overall, behind only his Seminole teammate Will Pisani, who touched in 19.21.

Florida State senior Kanoa Kaleoaloha has had quite the week. He missed his turn in the prelims of the 50 free, and only made the C-final after winning a swim-off. That night he won that C-final with a time that would’ve finished 2nd in the A-final. Yesterday, he got under 45 seconds and won the 100 fly.

It’s been a hard-fought meet with most swimmers having to go full-blast to make A-finals, and it was definitely reflected in tonight’s final, where Kaleoaloha was the only man in the entire field to go faster than he did this morning. Last year, Kaleoaloha finished 22nd with a time of 43.67.

However, the fastest time of the evening goes to another Seminole, Will Pisani, who won the B-final in 42.21, which would’ve been Kaleoaloha’s time by 0.13s.

This morning, Kanoa Kaleoaloha only made it into the C-final after winning a swim-off. Tonight, he dropped a 19.25 to win the C-final, a time that…spoiler alert…would’ve finished 2nd in the A-final.

Next up, teammate Jakub Ksiazek took the B-final in 19.44.

Perhaps buoyed by his teammates’ success, FSU senior Will Pisani rocketed off the blocks at the start of the A-final, and looked like he had a narrow lead as the field flipped at the sole wall. Sure enough, he held off a tight field to win the A-final, despite going 0.04s slower than he did in prelims this morning.

While victory may not have won the event, they certainly picked up the most points, with Ress plus the other three Wolfpack swimmers earning a total of 100 here.