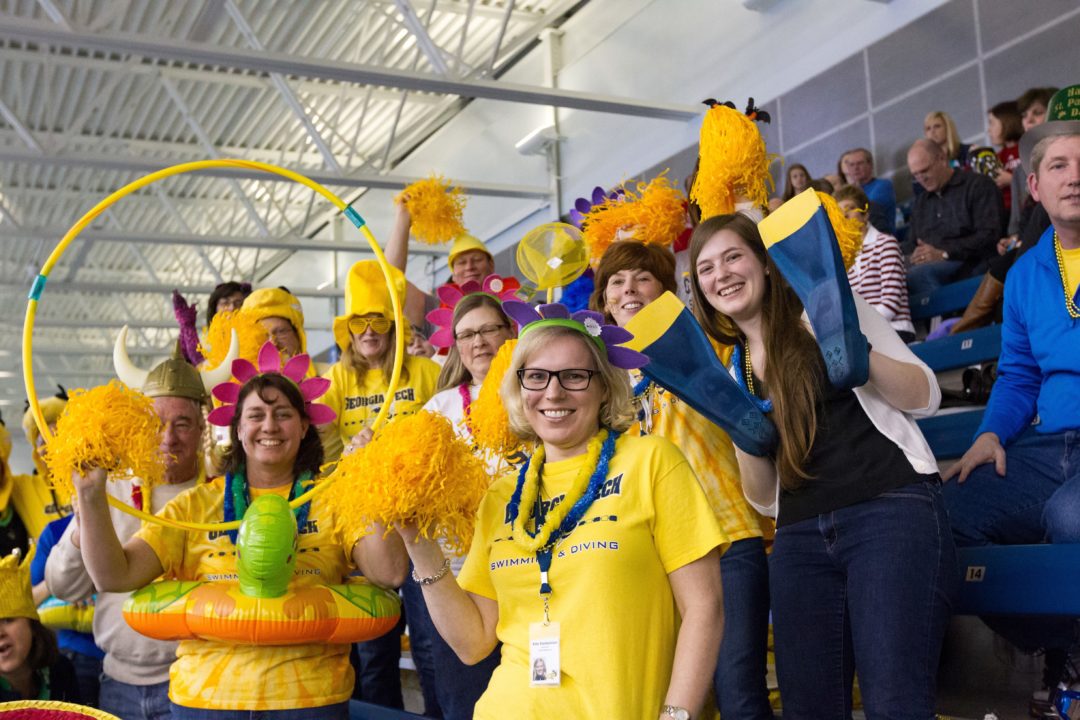 "I'm excited about the opportunity," said Robins. "Georgia Tech has so much to offer." Archive photo via Tim Binning/TheSwimPictures.com

After 19 years with Florida State, Andy Robins will be moving to Atlanta, GA to serve as an Assistant Coach at Georgia Tech. Robins will be replacing Eric Stefanski, who “left Tech to pursue interests outside of collegiate coaching.”

Robins has a lot of experience producing talent in the Atlantic Coast Conference. He is credited with training 43 ACC champions, 46 NCAA qualifiers, and 26 All-Americans during his tenure with the Seminoles. Georgia Tech coach Courtney Hart said she is thrilled to have Andy join their staff.

“He possesses a wealth of experience in collegiate swimming at the highest level and will provide valuable knowledge to the swimmers and staff. He is a veteran of the ACC and his connections in the Southeast are crucial as we continue to attract championship-caliber student-athletes to our program.” – Coach Hart

During his time at Florida State, Robins was primarily a sprint coach. Georgia Tech’s top sprinter, Andrew Kosic, exhausted his eligibility this year, but Robins will inherit a number of talented sprinters.

“I’m excited about the opportunity,” said Robins. “Georgia Tech has so much to offer. It has world-class academics, a fantastic athletic department, an Olympic swimming & diving facility, all in a tremendous city. I’m looking forward to becoming a part of a great staff and helping our student-athletes achieve big things.”

Great hire for GT and HUGE loss for FSU!

All the best to one of the best – they don’t come with more class than Andy Robins. Go Jackets!

I agree with Weirdo! Andy was a great Coach and I trusted the fact that he believed the Swimmers came first!