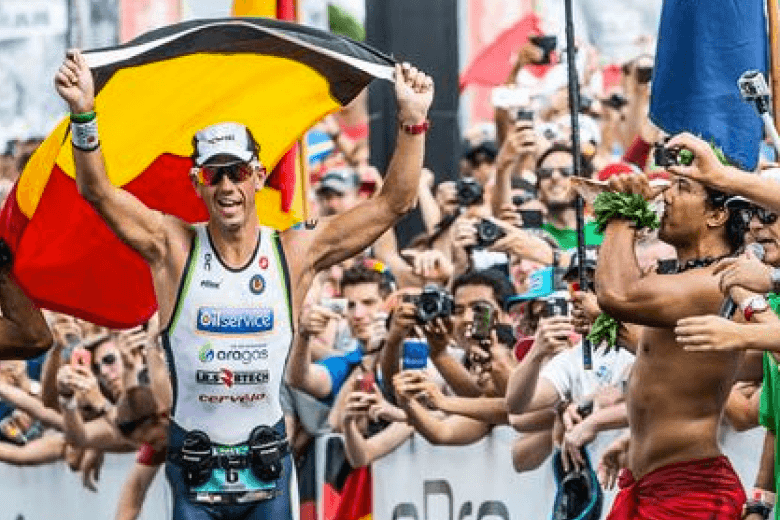 Van Lierde has had an extremely successful past few years on the international triathlon circuit, claiming podium finishes in a handful of events. He became the European champion in the 2007 Long Distance Triathlon, which began his ascension to the top of the sport. Current photo via FINIS

Courtesy of FINIS, a SwimSwam Partner:

FINIS, a world leader in technical swimming products announces the addition of 2013 Ironman Kona World Champion, Frederik van Lierde to the team. Van Lierde joins FINIS at a time of growth in the triathlon market and will use his championship experience to help better the brand.

Van Lierde has had an extremely successful past few years on the international triathlon circuit, claiming podium finishes in a handful of events. He became the European champion in the 2007 Long Distance Triathlon, which began his ascension to the top of the sport. Van Lierde finished 2nd in both the 2008 and 2010 Ironman events (New Zealand; France) before claiming victories in 2011 and 2012 (France), the latter of which set a new race record. He finished 3rd at the Hawaii Ironman World Championship in 2012, which set the focus for his next year of competition. In 2013, van Lierde made good on his goal to reach the top, winning the prestigious Ironman World Championship event at Kona.

FINIS CEO, John Mix commented on the addition of van Lierde. “We are fortunate to have such an accomplished athlete join our team. Frederik has been using our training tools for a few months now and is encouraged by the improvements that he has already made. Swimming is the one leg of triathlon that everyone seems to fear and I don’t think that should be the case. If Frederik can improve, even at his level, there is room for all of us to become better swimmers.”