FINA: We Will Not Recognize Results of Brazilian Federation Elections 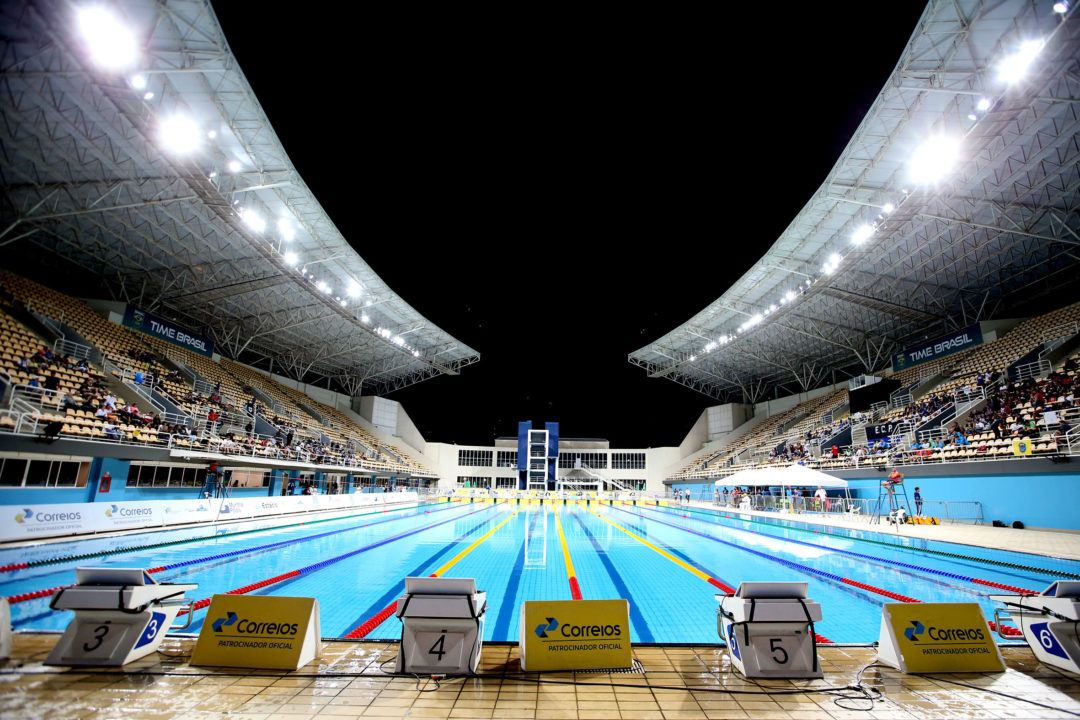 FINA, the international governing body for swimming, has told the Brazilian swimming federation that it won't recognize the results of the Brazilian federation elections scheduled to take place tomorrow. Stock photo via Satiro Sodre/SS Press

FINA, the international governing body for swimming, has told the Brazilian swimming federation that it won’t recognize the results of the Brazilian federation elections scheduled to take place tomorrow.

Brazil’s Globo.com has the news, including a screenshot of an official FINA memo sent to Gustavo Licks, the current temporary head of the Brazilian federation, informing Licks that FINA will not officially recognize the results of the elections.

“We would like to reconfirm that FINA will not recognize the elections of the Brazilian Swimming Federation on June 9th, 2017 due to the fact that the elections do not respect the CBDA Constitution and FINA rules,” says the memo, which is signed by FINA executive director Cornel Marculescu.

The CBDA is Brazil’s national governing body for swimming and other aquatic sports like water polo, diving and synchronized swimming. This summer’s elections have already been a roller coaster ride for the federation, which had the same president from 1988 to 2016. But Coaracy Nunes was removed from that post late last year in the midst of a massive scandal that saw Brazilian police investigation Nunes and the rest of the CBDA leadership for fraud and embezzlement within the federation.

Nunes was originally set to run for reelection this summer and called the fraud allegations a political tactic to hurt his campaign. But Nunes was officially arrested earlier this year and was not on the ballot for the presidential elections.

But now, with FINA refusing to acknowledge the results, Brazil may have to delay its election even further. There’s no word yet on what specifically FINA believes is wrong with the election, only that the international swimming federation feels the election procedure runs contrary to rules of both the international and national governing bodies for swimming. We’ve reached out to FINA for comment, but have not yet gotten a response.

It is quite clear what the problem is. The preferred candidate is under arrest. FINA is happy to accept a nomination for its first Vice President & successor President from a body currently suspended from IOC down.
Time for FINA to be wound up.