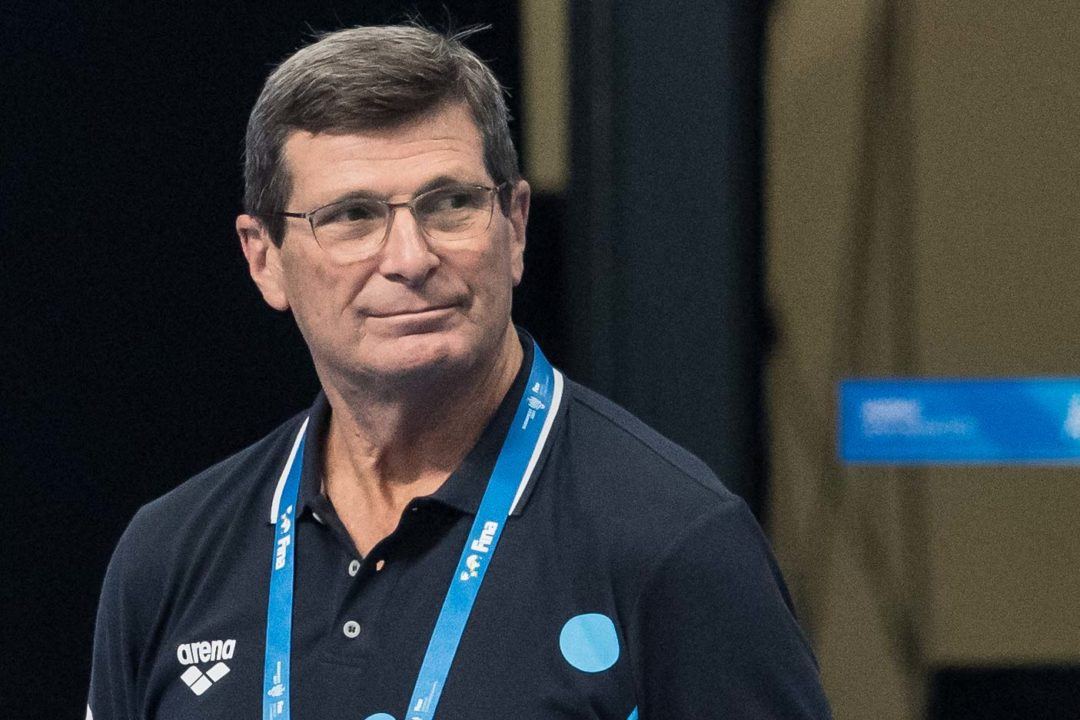 Notes from the February USA Swimming Board of Directors meeting confirm that Neuburger is planning to retire in 2021. Archive photo via Mike Lewis/Ola Vista Photography

In its February meeting notes, the USA Swimming Board of Directors confirmed that FINA Vice President and United States Aquatic Sports representative Dale Neuburger plans to retire in 2021.

Neuburger has served on the USA Swimming Board of Directors since 1990, and has been in his current FINA role since 2000. At the last Board of Directors meeting on February 3rd, the board was brief on “the need and process for United States Aquatic Sports to nominate a candidate to serve on the FINA Bureau following Dale Neuburger‘s retirement in 2021.” Neuburger was in attendance at the meeting as a “special guest.”

Since completing his own swimming career at Princeton in 1971, Neuburger has served in a number of administrative roles within the sport. He began in 1982 by managing the IUPUI Natatorium, has served as meet director for multiple NCAA Championships, was Aquatics Commissioner for the 1987 Pan American Games, held multiple organizational roles for the 1992 and 1996 Olympic Trials, and served on the US Olympic Committee from 1994-2002, among other things.

In recent years, Neuburger has come under scrutiny for a possible conflict of interest in his work with TSE Consulting, an international consulting firm which specializes in sport governance, event planning, strategy, and NGB performance.

LEN President Paolo Barelli accused Neuburger of leveraging his position at TSE to encourage LEN members to vote for Barelli’s opponent, Erik van Heijninge, in the 2016 LEN election, though Barelli did prevail in the end. Neuburger appeared before the Court of Arbitration of Sport last year, and the charges were dismissed.

SwimSwam caught up with Neuburger in 2017. You can read the three-part interview: