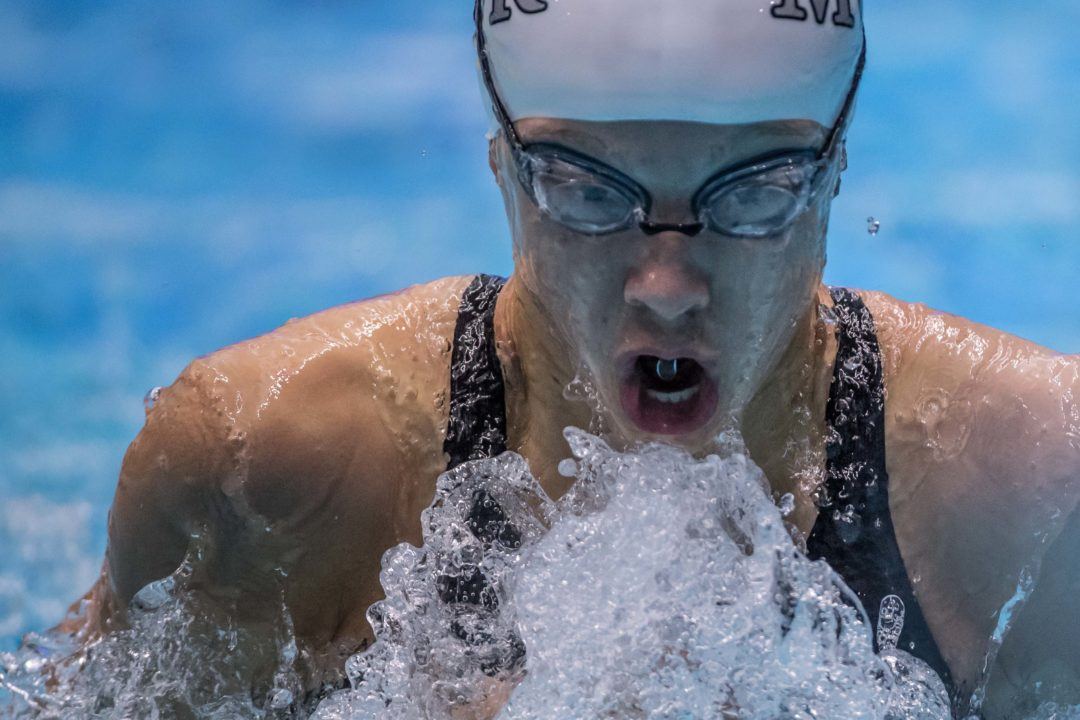 NCAP’s Phoebe Bacon won the 50 back on the last day of the 2018 NCSA Junior National Championships.

Aquajets swimmer Isabelle Stadden won the 100 back on Friday at NCSA Junior Nationals.

The first preliminary session of the 2018 NCSA Juniors went off this morning in Orlando, with the men and women contesting four events each along with some early relay heats. The women swam the 200 back, 100 free, 100 breast and 200 fly, while the men had the same events except the 100 free, swimming the 500 today instead.

In the men’s event Eli Fouts of Rockville Montgomery put up a best time of his own in 53.42, grabbing the top seed for finals. Number one coming in Charlie Scheinfeld of New Trier was 2nd in 53.91, and Casey Storch of Machine Aquatics moved up a few spots to take 3rd in 54.14.

The women’s 100 free saw six go sub-50 this morning, led by Grace Countie, also of the Marlins of Raleigh, in 49.55. Top two seeds coming in Katelyn Mack (Nation’s Capital) and Kaitlyn Schorr (Southwest Stars) snuck into the A-final in 7th and 8th.

She looked mad after only seeing 1:00.00 hope she can dip under a minute tonight!!