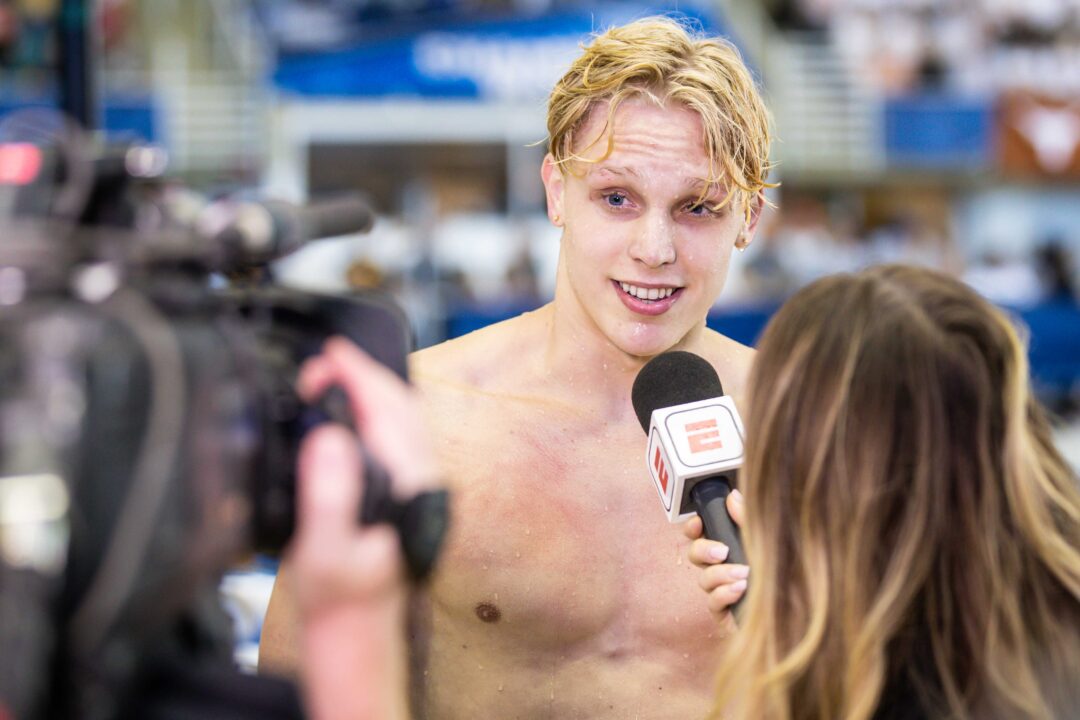 FINA has announced the list of 29 candidates representing all six FINA continents who are running for election to the FINA Athletes’ Committee.

Elections will take place during the 19th FINA World Aquatics Championships that run from June 18 to July 3, 2022 in Budapest, Hungary. All athletes who are competing at the World Championships are eligible to vote.

The elected athletes will be announced on June 29.

At least one member of the Committee must come from each of FINA’s 6 regions. Some members are running unopposed. The committee makeup is as follows:

That means only 7 of the 20 spots on the athletes’ portion of the elected committee will have votes that impact the outcome.

The committee members appointed by the FINA President will include 1 athlete from each aquatics discipline, an equal number of male and female athletes, and “respect for geographic diversity.”

Athletes must be 18 as of the opening day of voting, able to work effectively in French or English, and not have incurred any sanctions for violation of FINA rules.

Each FINA member can submit up to one candidate across all disciplines.

The current FINA Athletes’ Committee has 16 members, chaired by Penny Heyns. The major change this year is that the athletes’ representatives will be elected directly by the athletes rather than by bureaucrats. That move was supported by Heyns.

Role of the Athlete Commission

The Chair of the committee will be an ex-officio member of the FINA Bureau to communicate athlete perspectives on different matters, including to technical committees regarding rules and to bring input of athletes to the organization of the World Championships.

The list includes a number of very high-profile active and recently-retired candidates.

And two others who have won Olympic silver medals:

Only one nominee, Bill May of the United States, was never eligible for Olympic participation. Men’s synchronized swimming isn’t offered at the Olympic Games, though he won the 2015 World Championship, among three other World Championship medals, in mixed duet competition.

Three of the nominees from swimming are expected to contend for medals: 33-year old Katinka Hosszu of Hungary, 24-year old Siobhan Haughey of Hong Kong, and 18-year old Matt Sates of South Africa. Sates won an NCAA title in the 500 free in March after just a few month at the University of Georgia, and then withdrew to return home to South Africa and turn pro.

The most-decorated nominee is Shi Tingmao. The 30-year old Chinese diver has 4 Olympic gold medals and 8 World Championship gold medals. She was named Best Female Diver of the Year by FINA for five consecutive years from 2015 through 2019, and again in 2021 (no 2020 awards were given).

Each national federation could nominate one athlete.

IIRC Alshammar hasn’t competed at any of these!

Can they have an influence on the WCs schedule? (For example putting the 50 freestyle (the fastest event) on the first day of the championship like track and field does with the 100 dash).

@Braden Keith, do you know if they’re getting a monthly salary from FINA? Or are they doing this work voluntary so that they can be a FINA Bureau member in the future ?

No, none of the Bureau members receive salaries. They do receive a $400 per diem stipend and travel very well.

Besides the opportunity for corruption (which can’t be levied upon any individual sporting bureaucrat without evidence, but can be generally assumed as a motivation for some), these positions offer opportunities for other roles and tangential careers as coaches, consultants, event managers, national ministers. It’s a strong item to have on your resume in most lines of work. Kirsty Coventy, for example, was named Zimbabwe’s Minister of Youth, Sport, Art, and Recreation, VP of the Zimbabwe OC, VP of the International Surfing Association, etc. after being named a member of the IOC. Ministers in Zimbabwe earn $3,000 USD monthly, which is… Read more »

How much in bribes did that FIFA guy take ? That’s where the real money is T