FGCU Moves to 4-0 With Sweep of Utah, Boise State 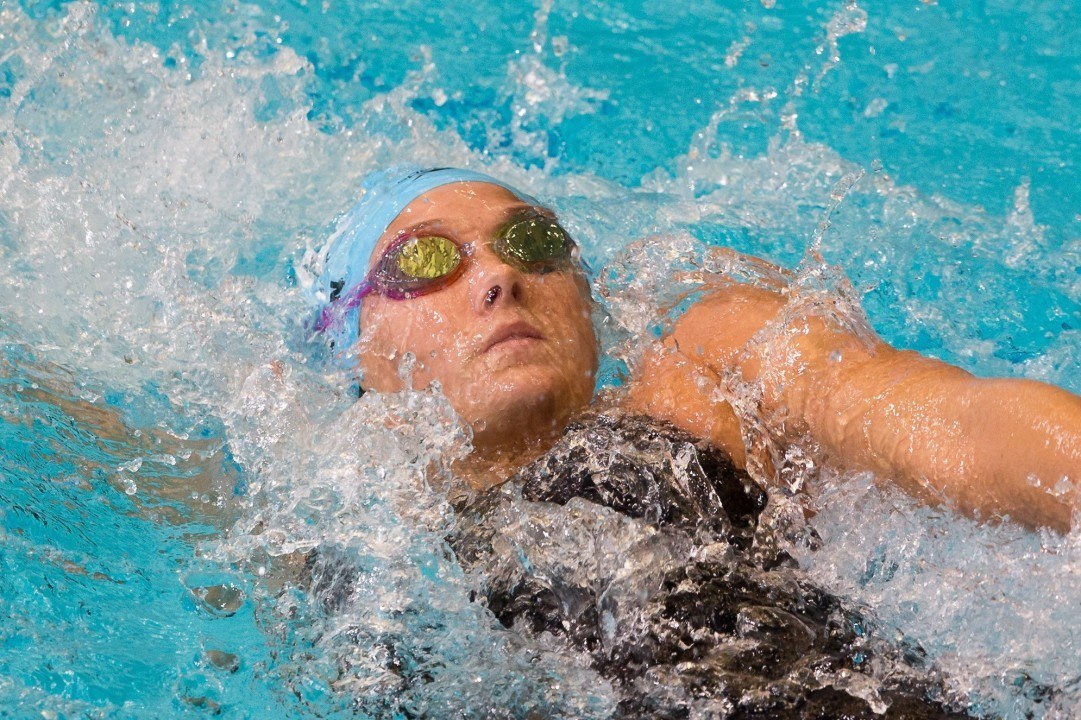 Freshman backstroker Elise Haan (above) is filling a big hole for the FGCU Eagles early in the season. Archive photo via Tim Binning/TheSwimPictures.com

The Florida Gulf Coast Eagles infiltrated a traditional intra-mountain battle between Boise State and Utah on Friday night, and came away with a sweep. That moves FGCU to 4-0 on the season so far in dual meets, even after losing their two best swimmers from last season to either graduation (Emma Svensson) or transfer (Kira Toussaint).

Meanwhile, Boise State tipped the hosts Utah for the second-straight year. In the fall of 2013, the Utes dominated the Broncos by 76 points, but in the two seasons since, Boise State has won nailbiters.

The meet was swum at altitude, which is more familiar for Boise State and Utah than it is for the coastal-bound Eagles.

While the Eagles ultimately go the win, the meet started out on rocky footing after the DQ’ed a first-place-touching 200 medley relay.

That left the Boise State Broncos to win in 1:42.82, and Utah placing 3rd in 29.37. The Broncos were close enough that the early departure by the Eagles could’ve made the difference.

After that, Neal Studd’s squad got on a roll by winning 5 of the 6 individual events before the first diving break. That included a dominant performance by senior Lani Cabrera in the 1000 free in 10:16.92. That’s about a second shy of her season-best, but is right on target for where she was on this same weekend last year.

Utah freshman Jordan Anderson, younger sister of Olympians Haley and Alyssa, was 2nd in that race in 10:24.76.

Then the FGCU young guns took over the load:

After opening up a big lead early, FGCU’s run let up a little at the end of the meet, allowing Utah and Boise State to make the final scores more competitive. The Broncos had the only other double winner on the day, which was sophomore middle-distance freestyler Emma Chard.

Utah grabbed only three wins on the day: two were in diving, where junior Amanda Casillas swept the springboard events; and the other came in the 200 breaststroke, where freshman Genevieve Robertson won handily in 2:16.63.