Ferguson Qualifies for Worlds in 50 Back at Irish Open Championships 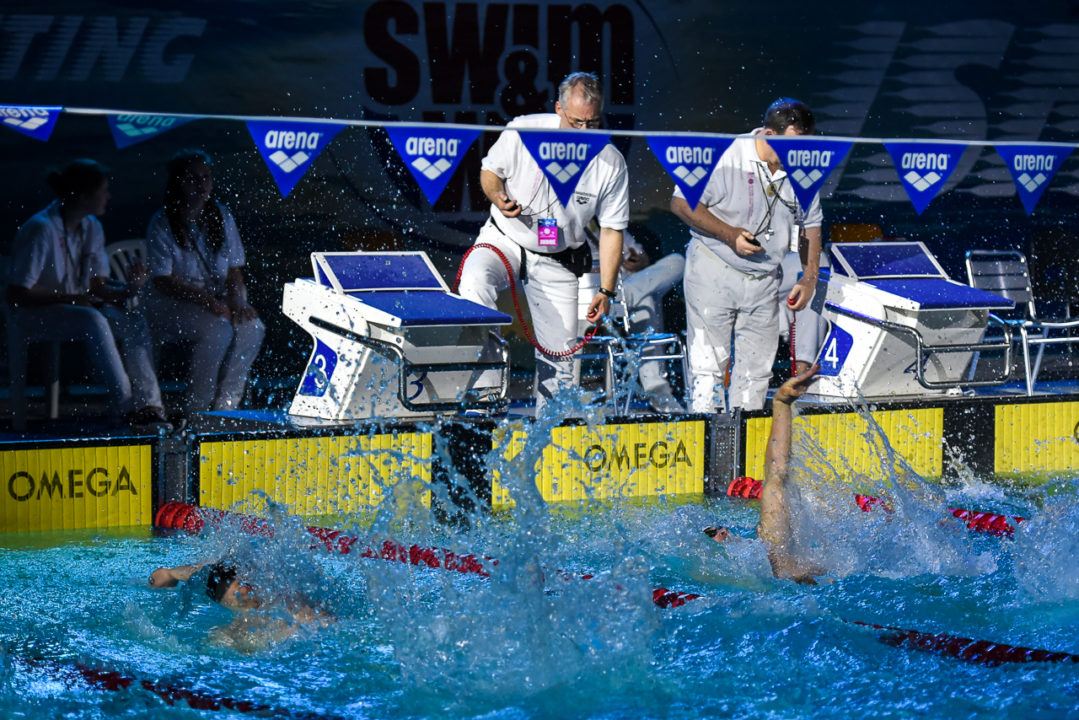 Ferguson became the 3rd swimmer to make the World Championships roster, shredding his way to a 25.24 in the 50 back. Stock photo via Peter Sukenik/www.petersukenik.com

Ferguson Becomes 1st Irish Man Under 2:00 in 200 Back at Irish Open

Just a day after becoming the first Irish mn to break 2:00 in the 200 back, 18-year-old Conor Ferguson worked his way into the headlines again on the final day of the 2017 Irish Open Championships. Ferguson became the 3rd swimmer to make the World Championships roster, shredding his way to a 25.24 in the 50 back. With that, he also set a new Irish Junior Record.

In the men’s 200 IM, James Brown demolished the Irish National Record en route to gold. Brown led the race from start to finish, building his lead to nearly 3 seconds. At the finish, his winning time of 2:02.90 took over a second off the previous record, which stood at a 2:04.25 done by Johnny Quinn in 2012.