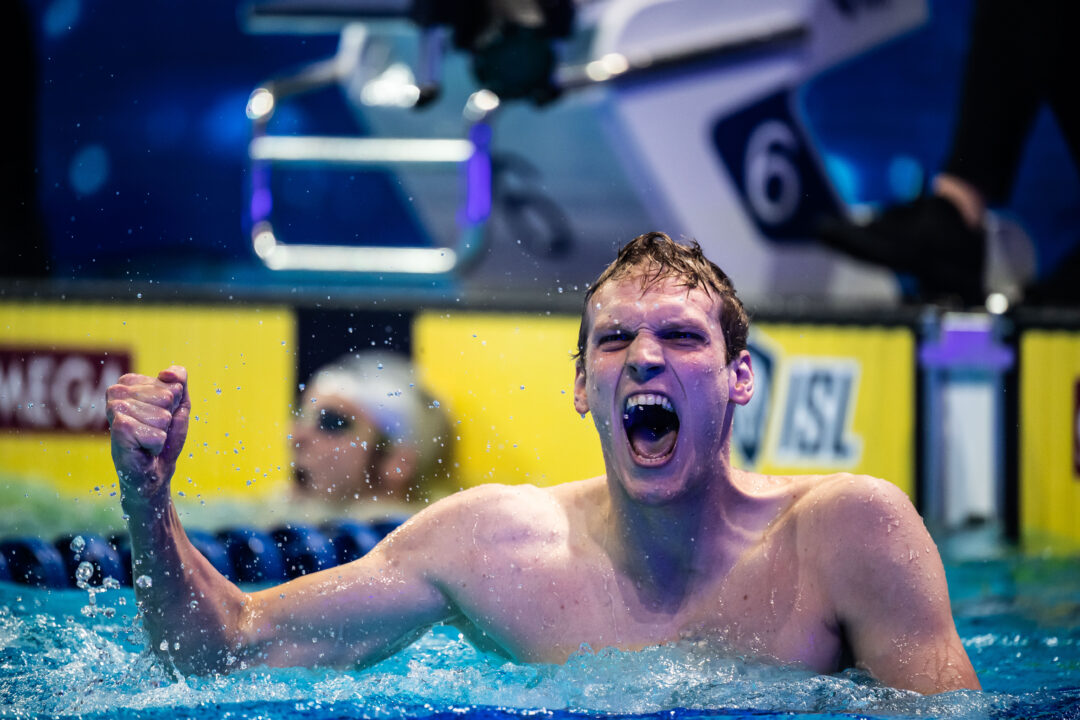 The 2 records by Felix Auboeck were among 4 Austrian Records broken this weekend across meets in Stockholm and Eindhoven. Archive photo via Mike Lewis/Ola Vista Photography

Austrian swimmer Felix Auboeck broke a pair of National Records this weekend at the Swim Open Stockholm, culminating with a new national mark in the 800 free on Sunday. His were among 4 Austrian Records broken or tied this weekend: along with the men’s 100 free and women’s 1500 free.

On day 2 of the meet, Auboeck swam 1:45.70 in the 200 free, which took almost a second off his prior National Record of 1:46.64 in the event swum last July in his post-quarantine return to racing.

Then on Sunday, he finished the meet with a 7:46.72, which took two-and-a-half seconds off his previous Austrian Record of 7:49.24 done at the 2017 World Championships.

For the former NCAA Champion in the 1650 free at the University of Michigan, that bodes well for his Olympic results. Both times would have qualified for finals at the most recent World Championships.