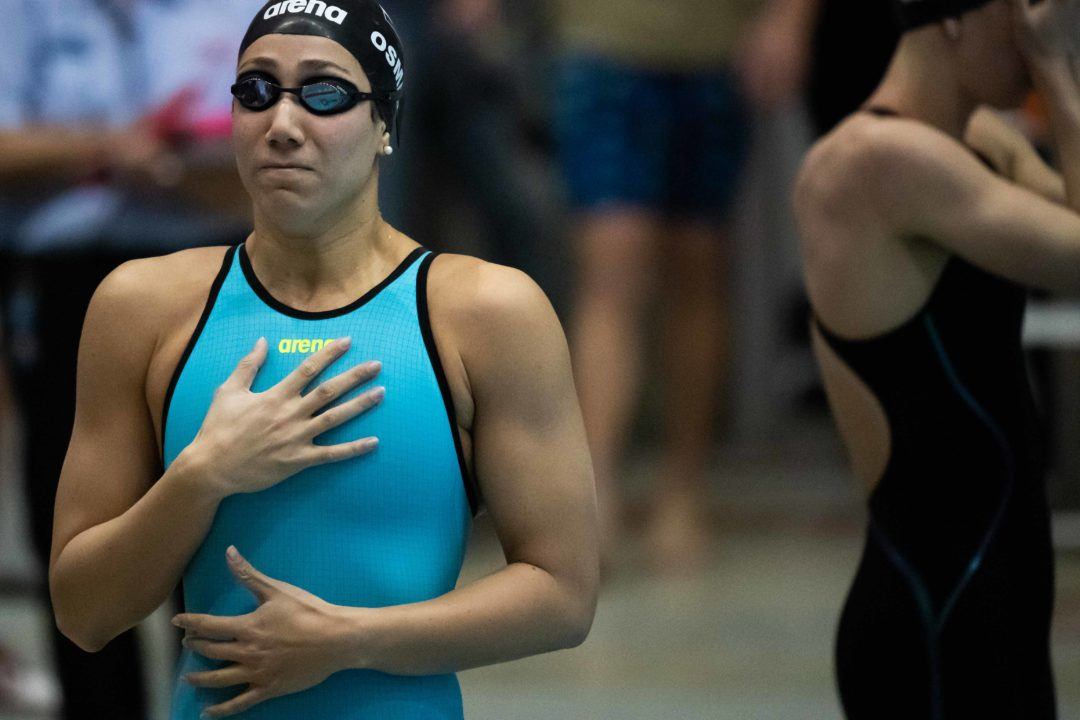 Farida Osman cut a tenth-of-a-second from her Egyptian Record in the 100 fly on Saturday in Budapest, Hungary at stop #4 of the 2019 ISL season. Archive photo via Mike Lewis/Ola Vista Photography

For the second-straight week, Egyptian butterflier Farida Osman has broken the Egyptian National Record in the women’s 100 meter butterfly at an International Swimming League meet.

Racing on Saturday for the LA Current, Osman swam a 56.97 for 4th place. That broke her own record of 57.07 done last week, which in turn crushed her own record of 1:02.15 done at the 2010 Short Course World Championships. She’s been ‘better’ than 1:02 in a hypothetical sense for a while, but hasn’t raced much in short course.

Her splitting was about the same as last week, with just a small improvement on the back-half of the swim making the difference.

The African Record belongs to South African Lize-Mari Retief, who swam 56.52 at the Vladimir Salnikov Cup in 2007.

Last week, Osman also broke Egyptian Records in the 50 free and 50 fly, which she is scheduled to swim this week as well. Osman is a national swimming icon in Egypt, as an African Record holder in long course in both the 50 and 100 meters butterfly. In 2017, she won Egypt’s first-ever Swimming World Championships medal when she took bronze in the 50 fly. She repeated that this summer in Gwangju.