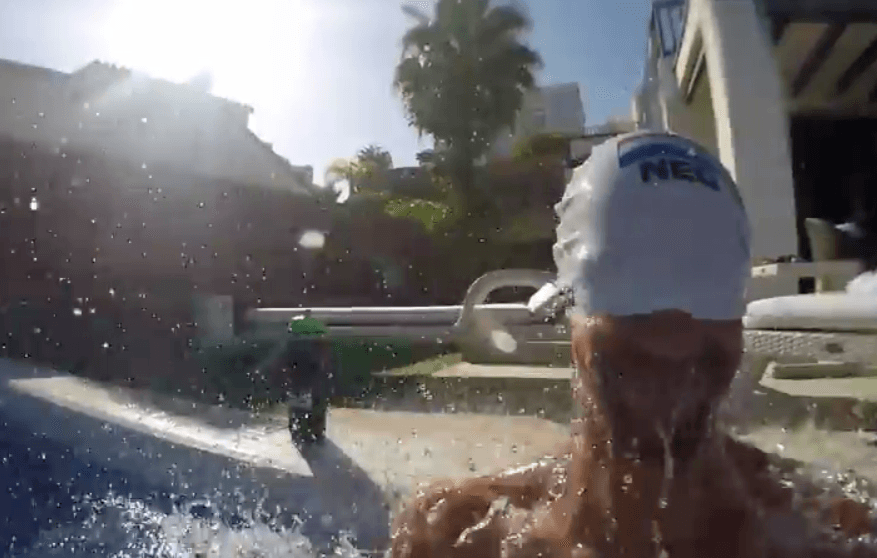 Check out how the Dutch literally throw on caps while in Tenerife, then take the #dropthecap challenge yourself! Current photo via courtesy of Maarten Brzoskowski

We’ve all seen the ‘drop a cap filled with water from above onto your teammate’s head’ trick, but not quite like this! Check out how the Dutch do it, as Maarten Brzoskowski and his teammates from the Netherlands put a playful spin on the gimmick while attending a training camp in Tenerife.

According to the film’s creator, “we tried out a few different positions, and they all work! We think that some haters will say that it’s fake. That’s why we named it ‘Haters gonna say it’s fake’.

Check it out for yourself and see if you think their maneuvers are legit, or if it’s all just an impressive illusion. Then, take the #dropthecap challenge with your team and see how inventive you can get with making the swim stunt work in unconventional ways.  Might be hard to beat a cap flying out a window to the pool below, but give it your best shot.

Why don’t we get to see a video of the diamond bubbles????

i hate this concept. its not funny in the slightest. it wasnt even funny the first time. ugh