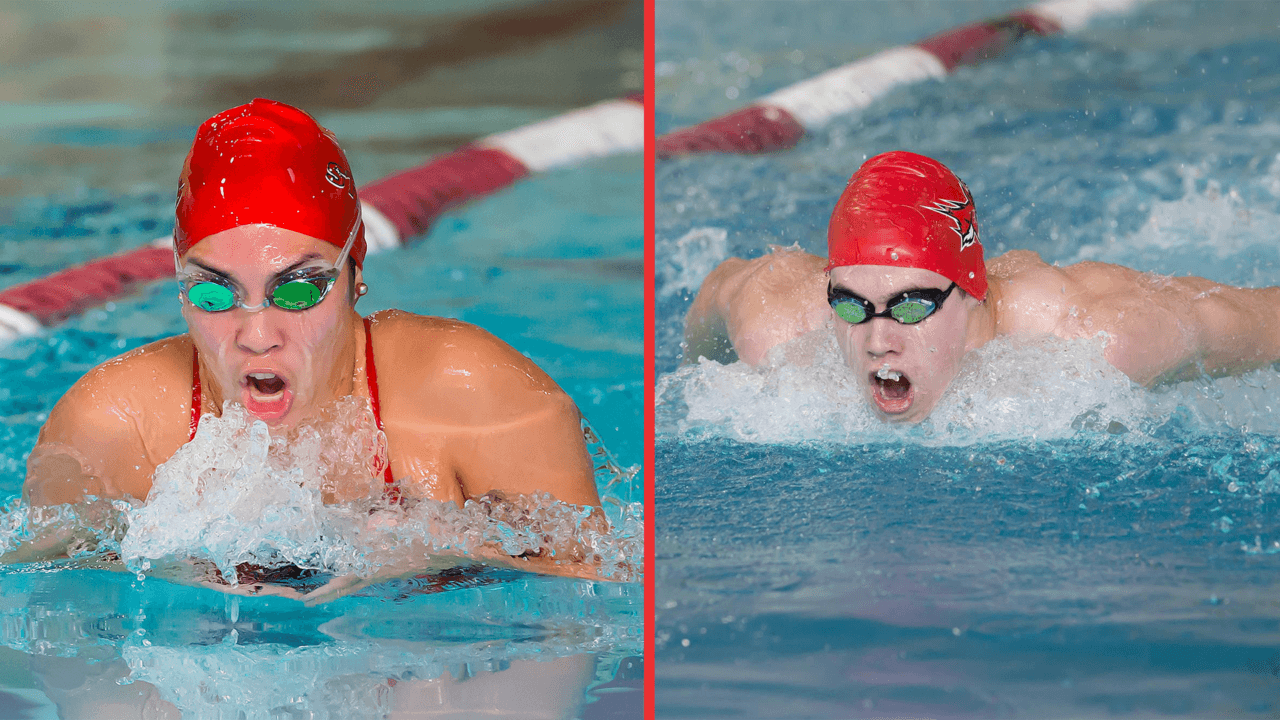 Fairfield men's and women's swimming and diving took down Holy Cross in their first home meet of the New Year. Current photo via Fairfield Athletics

FAIRFIELD, Conn. – Fairfield men’s and women’s swimming and diving took down Holy Cross this afternoon in their first home meet of the New Year.  The men defeated the Crusaders by a score of 199-89 while the women won 196-102.  Evan Fair and Morgan Hansen both broke program records while the record in the 400 Freestyle Relay was also broken.

Fair, Gori, Rahurahu, and Kebbell broke the program record in the 400 Meter Freestyle Relay to finish the day with their time of 3:36.32.  Fair, Sloan, Kebbell, and Adams also finished first in the 200 Meter Medley Relay.

Kelly Cordes, Young, Hansen, and Nitti placed first in the 200 Meter Medley Relay with a final time of 2:01.65 with Emily Holman, Krivitsky, Sarah Herbold, and D’Alessandro close behind clocking in at 2:03.22 for second place.  D’Alessandro, Nitti, Cordes, and Herbold won the 400 Meter Freestyle Relay as well (4:04.56).

“We just came off of one of the best training camps I’ve been fortunate enough to be a part of” said Head Coach Anthony Bruno. “I am incredibly proud of how our team took on Holy Cross today. We did a great job of finishing off races and competing. We have more work to do but this was a great bench mark for the second half of the season.”

The Stags will return to the pool when they take on Seton Hall in South Orange, New Jersey on Sunday, at 3 PM.

Kayleigh Hoagland secured the other top finish for Holy Cross. She swam the 200 free in 2:09.89 to take first place.

The Holy Cross men’s swimming and diving team competed at Fairfield Friday afternoon. The Crusaders fell, 199-89, in the dual meet.

Two Crusader relay teams claimed second place in their respective events. A team of Kevin Lagasse, Mack Sullivan, Ben Fox, and Tierney took second in the 400 free relay with a 3:44.43 and Nathan Kramer, David Dillard, Kaikea Wilinski, and Lagasse teamed up for a second place finish in the 200 medley relay with a time of 1:51.18.

The squad is back in action next Saturday, Jan. 19 when they travel to Providence.