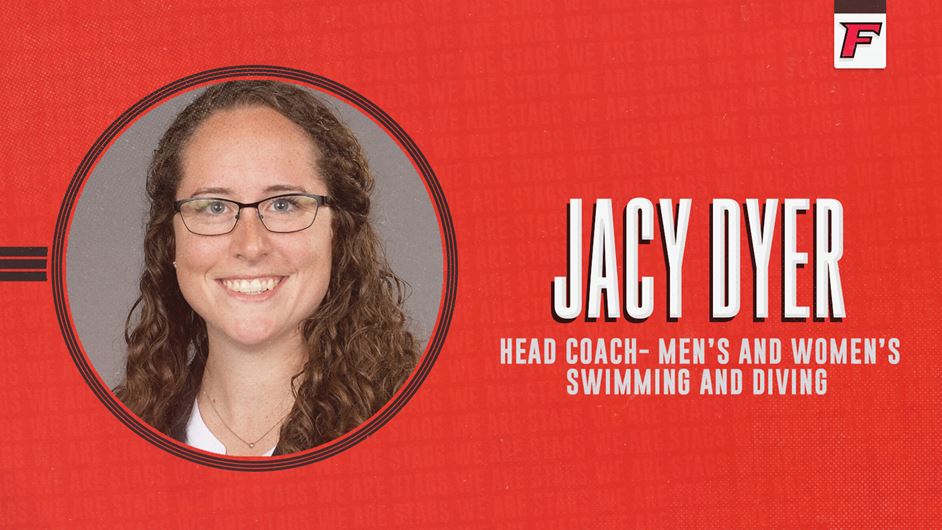 Dyer joins the Stags after spending the last four seasons coaching at Virginia Tech, including serving as an associate head coach during the 2021-22 campaign. Current photo via Fairfield Athletics

Dyer joins the Stags after spending the last four seasons coaching at Virginia Tech, including serving as an associate head coach during the 2021-22 campaign.

“I cannot wait to continue to build on the success this team, athletic department, and previous staff have built,” Dyer said of the hire.

“The second I met this administration at Fairfield, I knew this was the place I wanted to be. The amazing support for all their teams, athletes, and for each other proved that these athletes are in a great place to thrive and accomplish any goal they set out to achieve.”

During her time at Virginia Tech, Dyer spent three years as an assistant coach before being promoted into the associate head coaching role prior to the start of the 2021-22 season. She also led all recruiting efforts for the Hokies women’s program during her time in Blacksburg.

Last season, Dyer helped propel the Virginia Tech women to a 23rd-place finish at the NCAA Championships, the third-highest in school history, and the men’s team also placed 11th at nationals which matched their best ever.

Prior to joining the Hokies, Dyer spent four seasons as an assistant coach at James Madison University, including helping the team win the 2018 Colonial Athletic Association (CAA) title.

A native of Lebanon, Pennsylvania, Dyer also gained coaching experience at her alma mater, Toledo University, where she was a member of the staff for three seasons which included winning the Mid-American Conference (MAC) title in 2012.

As a student-athlete at Toledo, Dyer was an NCAA qualifier in the women’s distance freestyle events, and also competed in the 400 and 800 free at the 2012 U.S. Olympic Trials. She won MAC Swimmer of the Year honors in 2010 and collected a total of 16 medals at the MAC Championships during her four-year career.

After graduating with a Bachelor of Arts degree in psychology in 2011, Dyer was inducted into the Toledo Athletic Hall of Fame in 2017.

Dyer is at least the fourth woman to be named the head coach of a combined-gender NCAA Division I swimming & diving program this offseason, joining Dartmouth’s Milana Socha, UIC’s Ashley Dell, and Holy Cross’ Kristy Jones. Stefanie Williams Moreno was also named the new head coach of the Georgia women’s team this summer.

Congrats Jacy! Fairfield is very lucky to have you. Wishing you the very best in your future and will miss seeing you this season.

Congratulations Jacy! I ‘m so very happy for you! You’re amazing and will do amazing things at Fairfield. We wish you allll the best!

Wow, quite the upgrade for Fairfield

I am so happy for you Jacy and proud of you. I thank you for your amazing work with us and also for your friendship. Fairfield got a top coach with you and most important an amazing person. Best of luck Jacy