Emory tops Birmingham-Southern on Both Sides 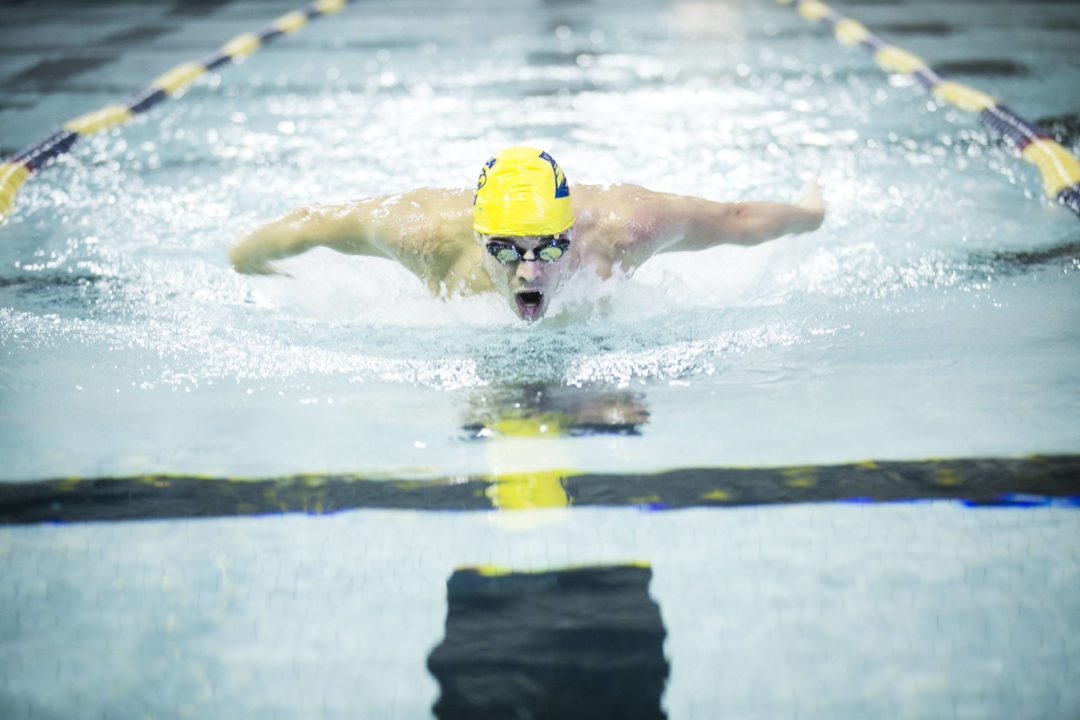 Emory junior Hayden Baker cruised to victory in the 100 and 200 yard butterfly in the Eagle's Saturday meet against Birmingham-Southern. Current photo via Emory Athletics

The Eagles went head to head with Birmingham-Southern on Saturday and both the men and women came out on top. As the first intercollegiate meet of the season, the Eagles beat the Panthers 135-106, with the women triumphing 150-93. To make a good meet even better, it was Family Weekend at Emory, and the Eagles’ men and women had plenty of family up in the stands to cheer them to victory!

And there was a lot to be celebrating in the meet itself as well. The women won every single event on their way to the top. Emory junior McKenna Newsum-Schoenberg took three events individually as well as earning herself an NCAA “B” cut in her 200 butterfly, which she won in 2:07.97. Additionally, Newsum-Schoenberg also won the 200 freestyle (1:55.74) and the 100 butterfly (58.52.) Both her 200s are the top times in Division III in those events at this time.

The Eagle women finished the meet with a victorious 200 freestyle relay consisting of Liu, sophomore MackKenzie Brosnahan, Thompson and Kowalsky. They finished in 1:37.91.

At the men’s meet, senior Ross Spock led the way in the 11 event wins by Emory. Spock won two individual events, taking the 50 freestyle in 20.99 and the 200 backstroke in 1:55.30. He also contributed his speed to the anchor leg of the Eagles’ winning 200 freestyle relay (1:24.74), aided by junior David Zander, sophomore Matt Kuhlik and fellow senior Jake Stephens.

The Eagles return to the water Friday, November 8th as Emory hosts the Savannah College of Art & Design.