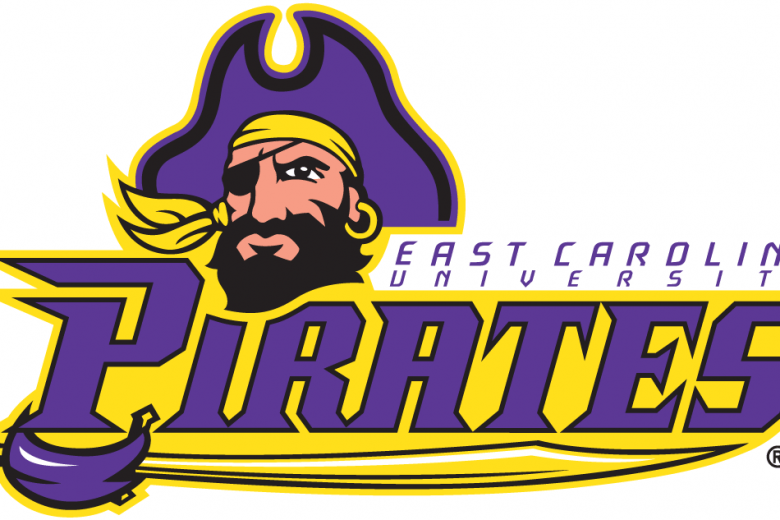 "It was an unbelievable collegiate atmosphere," Pirate head coach Rick Kobe said. "I couldn't be happier with how we swam from top to bottom. Even though the guys came up short, they swam great. That is a huge victory for our women's program." Current photo via ECU

The East Carolina swimming and diving teams split in dual meet action against SEC opponent South Carolina Saturday at Minges Natatorium. The ECU women’s team defeated the Gamecocks 152.5-147.5, while the men fell to South Carolina 191-107. The Pirates improved to 2-0 on the ladies side, as the men are now 1-1 overall.

The ladies meet between the Pirates and Gamecocks came down to the final event as the team entered the 32nd event tied at 141. ECU’s 400-yard freestyle relay team of Anastasia Amoiroglou, Anna Gibas, Tori Angermeier and Anna Maria Svanbergsson won that event with a Minges Natatorium record time of 3:25.77, 3.51 seconds better than the second-place Gamecocks’ A relay team to secure the Pirates first-ever win over South Carolina.

“It was an unbelievable collegiate atmosphere,” Pirate head coach Rick Kobe said. “I couldn’t be happier with how we swam from top to bottom. Even though the guys came up short, they swam great. That is a huge victory for our women’s program.”

Gibas claimed first-place in the 100 back (56.12) by more than two seconds over freshman teammate Taylor Hague (58.16), while also posting a third-place finish in the 200 back.

Nikola Simic finished 0.08 seconds behind South Carolina’ Kevin Leithold in the 50 free and 0.38 seconds in the 100 free to earn second-place in both events.

In the diving well, freshman Ashley Sams posted the Pirates’ top scores on the 1 (253.65) and 3-meter (275.40) springboard to earn third-place in both events. Alex Clark registered a score of 232.35 to finish fourth in the 1-meter diving competition, while Will Beliveau claimed third on the 3-meter springboard (282.60).

The Pirates return to competition Saturday, Nov. 2 as they host a tri-meet with Limestone and Richmond. The meet begins at 1 p.m. inside Minges Natatorium.

This release was provide to SwimSwam courtesy of ECU Swimming and Diving.