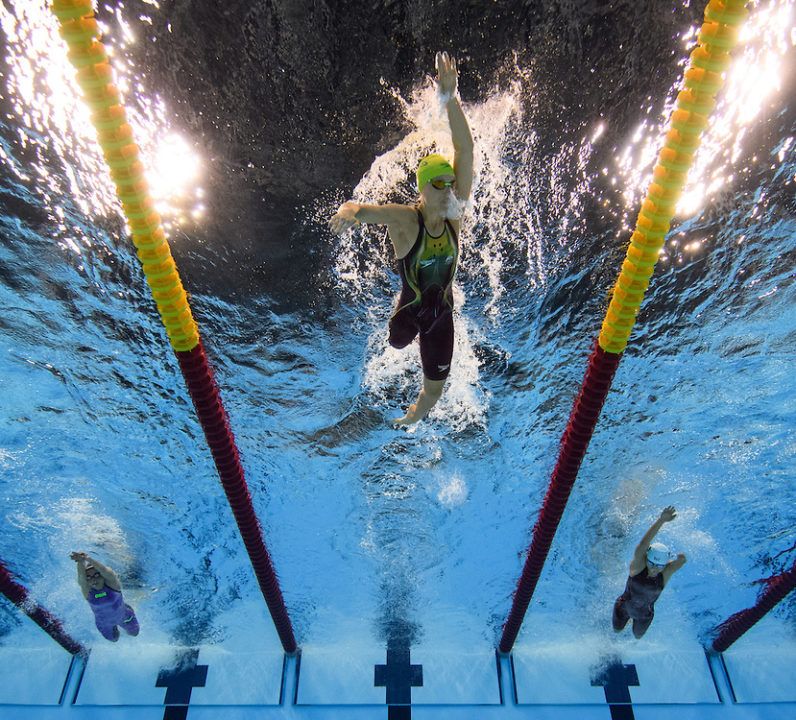 The Para Grand Prix taking place in conjunction with the Australian World Swimming Trials got underway today in Brisbane. Archive photo via Bob Martin for OIS/IOC

The Para Grand Prix taking place in conjunction with Australian World Swimming Trials got underway today in Brisbane, with swimmers fine-tuning their crafts ahead of September’s World Para Swimming Championships in London.

It wouldn’t be a Paralympic meet in Oceania without veteran Ellie Cole and the S9 swimmer performed in style tonight, taking the women’s 100m back in 1:10.63 (879 points).

Note: All para events were swum as multi-class races, meaning athletes from all classifications competed in the same event, with the para-swimmer attaining the highest point score crowned the winner. The Multi-Class Point Score (MCPS) has been developed to provide a simplified way for swimmers and coaches to measure and compare performances. The MCPS is based on the World Record (WR) times for each classification, but also takes into account weightings for non-Paralympic events that are not raced by other countries around the world.

Beats me why these veteran Paralympians are putting up with whats happening to their sport. Don’t they care? They need to look to the Olympians, they are far more courageous and do speak up about issues – Horton, Campbell etc..

Yet another conflicting story from the ‘lucky’ one.
Paralympic star Lakeisha Patterson on cerebral palsy, disability, Rio 2016 – PlayersVoice
https://www.playersvoice.com.au/lakeisha-patterson-left-cat-50-dollars/

Michael, with what I have heard out of Australia, a lot of the veteran swimmers are not prepared to talk due to the possibility of being reprimanded and losing their spot on a team but are waiting until they retire.

If that is true Mary, then that behaviour is as reprehensible as the cheating. They don’t deserve to represent their country. I take it they enjoy funding? Coming forward post retirement is pathetic sportsmanship and such actions should lead to repaying funding and returning relay medals if applicable. It’s far more pleasing to follow the Australian Olympic Swimmers these days.

Won’t hold my breath for that one.

This girl makes Lakeisha look disabled and rumour has it Australia are devastated that their S10 was not looked at.