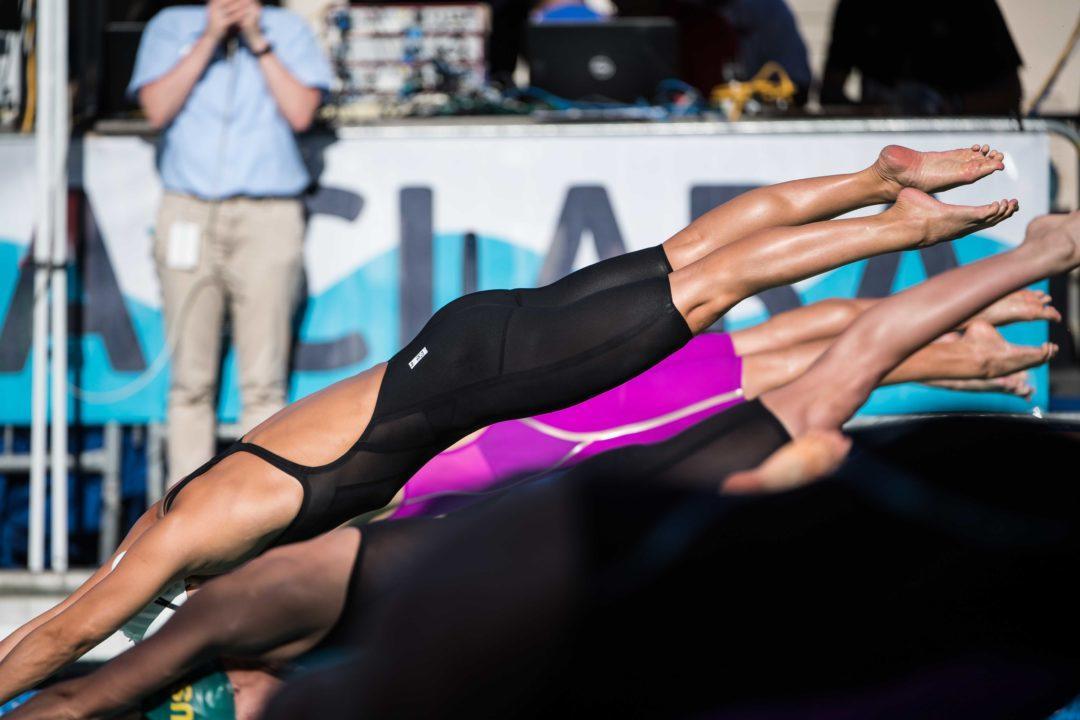 Miami (Ohio)’s Twitter account has announced this afternoon that Ella Moynihan will be joining their program. Please join us in welcoming Ella... Stock photo via Mike Lewis/Ola Vista Photography

The Wolfpack have picked up another verbal commitment for the class of 2027, this time from Abby Woolford of Dayton Raiders.

Moynihan comes to Miami after spending her freshman season with the Notre Dame Fighting Irish in the ACC. A mid-distance freestyler, she qualified for the NCAA Championships in the 200 and 500 freestyles, where she finished 44th in the 500 and 50th in the 200. She dropped almost three full seconds in her 200 free and just over six seconds in her 500 free in just one season with the Fighting Irish, scored in B finals of both events at the 2016 ACC Championships, and broke the Notre Dame school record in the 500 free.

Moynihan is a huge pickup for the Miami RedHawks, who compete in the Mid-American Conference and finished 5th of 8 teams at last season’s MAC Championships. Moynihan would have won the 200 and 500 free at those champs, and would’ve placed in the top 8 in the 100 free as well. Her best times in the 200 and 500 are well under Miami program records, as well.

The RedHawks announced in May of 2016 the hiring of new head coach Hollie Bonewit-Cron, who will oversee both the men’s and the women’s programs in Miami‘s first season as a combined team. Bonewit-Cron previously built the program at Nova Southeastern that competed in its first-ever season in 2010-2011 and was rewarded with their men finishing 4th overall at the 2016 NCAA Division II Championships.

Bonewit-Cron has confirmed that Moynihan will join the RedHawks right away– she’ll be joining them in the fall and will have three years of eligibility left.

Awesome pick up! This should go a loooong way to bringing Miami back to the top of the podium. Great head coach in Hollie and I can’t wait to see what happens. With Miami picking up girls like this, it leaves a lot of pressure on teams like Ohio University and Toledo to do something big if they have any hope of improving on 6th/7th place finishes

Does anyone know why she is leaving?