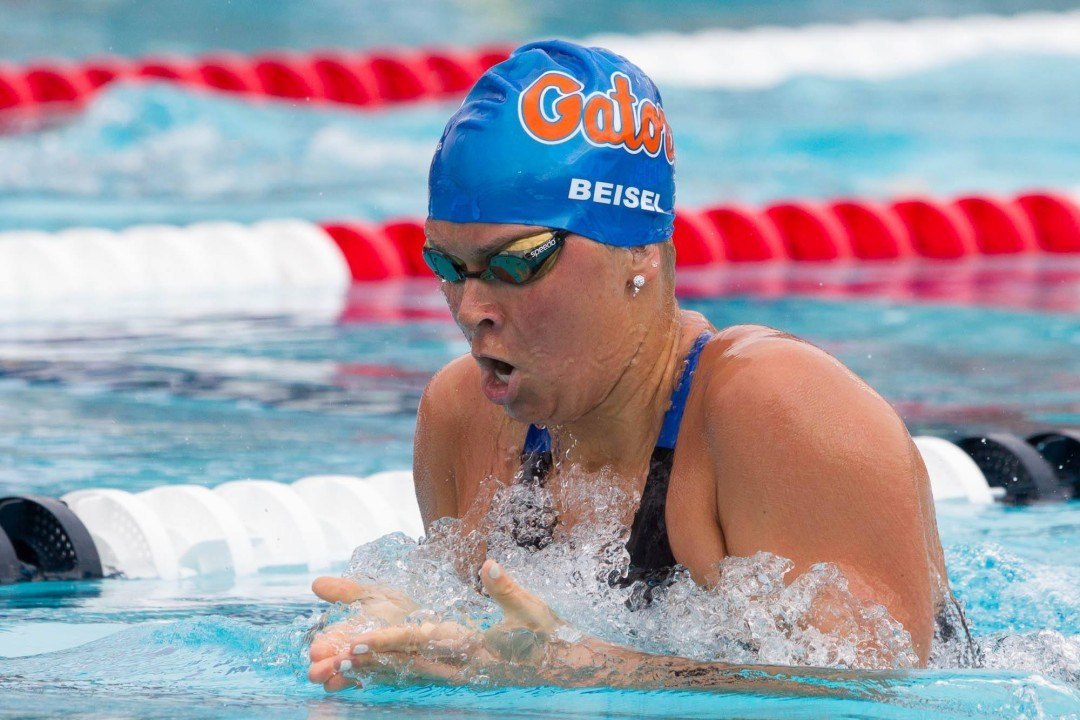 In the latest incarnation of the USA Swimming roster for the BHP Billiton Aquatic Super Series in Perth, Australia, American star Elizabeth Beisel is no longer listed among the American attendees. This reduces the roster by one to 27 swimmers.

In the original psych sheets, Beisel was also the 4th seed in the 200 IM and the top seed in the 200 backstroke, and her absence greatly impacts the Americans’ chances at winning the overall team prize – part of a $400,000 prize pool.

Update: USA Swimming says that Beisel withdrew after suffering a “minor groin strain” at the Pro Swim Series – Austin meet, and that the decision to pull out was “precautionary.”

The updated roster is below:

Not stated is did she travel with the team?

I am surprised they came via Melbourne . I would have done DC – dubai – Perth.

EB did not make the trip.

Interesting itinerary dilemma – either 23 hrs from LAX to PER via MEL (most of it on US Olympic Committee sponsor “3 star” carrier) or 26 hrs from IAD to PER via DXB (all on “5 star” non-US carrier). I suppose the preferable alternative largely depends on which side of US you call home and whether or not you are the one picking up the charges.