Eight Swimmers To Look Out For In Herning 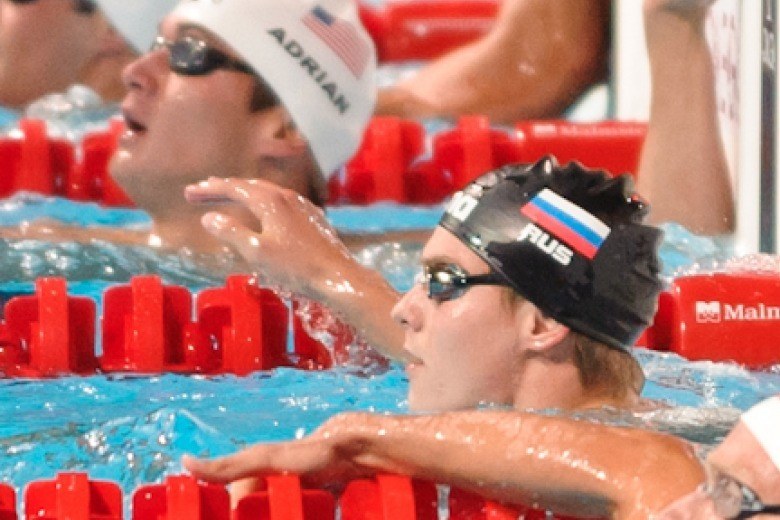 With the European Short Course Championships beginning on Thursday we decided to give you a list of eight swimmers to... Current photo via Victor Puig

With the European Short Course Championships beginning on Thursday we decided to give you a list of eight swimmers to look out for once the competition begins. With how many European athletes have been performed well this year the list could be a lot longer, but we have limited it to eight, four men and four women, that should have stellar performances as they go for the European short course crowns.

He finished second to Chad le Clos in the final 2013 World Cup rankings and is currently ranked first in the world in the 50 freestyle, second in the 100 IM and third in the 100 freestyle.

Morozov’s starting speed and turning ability make him a perfect fit for the short course format. The valuable winning experienced that he has gained in the last year at the European and World Short Course Championships as well as the World Cup he has proven that when the competition is in the 25 meter tank there isn’t anyone he can’t beat..

2. Florent Manaudou (France) – Now to Morozov main threat in both the 50 freestyle and 100 IM, Florent Manaudou. Although Manaudou posted the world’s fastest 100 freestyle time last weekend he will not be swimming the event in Herning, opteing to swim all four 50s and the 100 IM.

If Manaudou’s training plan is going to work to perfection we will be in for quite a show. After seeing what he did at the French Nationals winning posting the world’s fastest ever textile time in the 100 freestyle, the top ranked time in the 100 IM and the second fastest time in the world in both the 50 freestyle and 50 butterfly (first in Europe), his encore performance could be sensational.

When looking at his results from last year this may a concern for Manaudou as he was not able to repeat the times he posted at the European Championships at the World Championships.

3. Daniel Gyurta (Hungary) – When it comes to the 200 breaststroke Daniel Gyurta simply does nothing but win. The 100 is a different story, but with the reigning short course world champion Fabio Scozzoli still sidelined after a knee operation the path is certainly a little less difficult for Gyurta to earn double gold.

Having said that Gyurta will be challenged by Damir Dugonjic of Slovenia, who finished second to Scozzoli at the 2012 World Championships and German Marco Koch, who is currently ranked fourth in the world.

In the 200 distance though expect it to be the same old story with the Hungarian standing on top of the medal podium, the question is just how fast can he be?

Gyurta set the World Cup record three times earlier this year posting a 2:01.44 in Eindhoven, a 2:01.37 in Berlin and a 2:01.30 in Tokyo. He currently holds the world record with a time of 2:00.67, which was set in 2009 in a polyurethane suit. Gyurta has shown time and again that he is at his best when the competition calls for it so it will be exciting to see if he can build on the time he put up in Tokyo and challenge his world record.

4. Jeremy Stravius (France) – Jeremy Stravius is the reigning European Short Course champion in the 50 and 100 backstroke and will be attempting to defend those titles in Herning. Stravius is having an exceptional year having new French national records in both the 50 and 100 backstroke posting a time of 22.99 in the 50 at the World Cup in Doha and a 49.57 at the French National Championships in Dijon last weekend.

Stravius will also be competing in both sprint butterfly events. His times this year in both events put him sixth in the world and third in Europe, giving him a strong shot at the podium and if he can put together great races he will be within striking distance of the top spot in each event.

1. Katinka Hosszu – Katinka Hosszu will be swimming seven individual events in Herning the 50 and 200 back, the 100 fly and 200 fly, and the 100, 200, and 400 IM’s. Hosszu dominated the World Cup circuit for the second year in a row breaking six world records in the process:

This was coming off her exceptional performance at the World Championships in Barcelona where she won the 200 and 400 IM as well as collecting a bronze in the 200 butterfly.

Hosszu’s program and preparation is built around being able to excel in many strokes and distances in the same competition, something she proved she could do during the World Cup events. She currently ranks first in the world in the 200 butterfly as well as the 100, 200 and 400 IM, fifth in the 100 butterfly (third in Europe) and seventh in the 200 backstroke (third in Europe).

At last year’s European Short Course Championships she won the 200 butterfly as well as the 100 and 200 IM while placing second in the 400 IM.

2. Yulia Efimova – Yulia Efimova will be very familiar with her competition seeing that she kept both Ruta Meilutyte and Rikke Moller Pedersen off of the top spot on the podium in the 50 and 200 breaststroke in Barcelona, events that the two had set world records in.

Unlike her competition up until this year Efimova’s experience racing in the 25 meter tank has been limited over the last three years and by limited I mean she hadn’t recorded a short course result since 2010 and in fact coming into the year her lifetime bests in the 100 breaststroke (1:04.95) and the 200 breaststroke (2:19.08) were put up in 2007.

Meilutyte is also the reigning 50 and 100 breaststroke world champion and has the world’s top time in the 100 and second in the 50.

Meilutyte will also be swimming the 100 IM an event that she is ranked fourth in the world and second in Europe with only Katinka Hosszu having swum faster this year.

Meilutyte is continually improving and increasing her winning experiences makes her performances a must see event.

Belmonte Garcia is having an incredible year setting new world records in the both the 400 and 800 freestyle swims, becoming the first woman to break the eight minute mark int the 800 distance. It is because Belmonte Garcia is going for gold in two events where she owns the world record that she made the list.

She will have significant competition especially from Lotte Friis of Denmark who currently trains in Baltimore with Bob Bowman and collected silver in the 400, 800 and 1500 freestyle events in Barcelona this summer.

Schedule and results can be found here

For those who haven’t seen the announcement, LEN will be live streaming this event from their website, if you don’t have access to a live TV broadcast.

Yes, the whole competition seems to be on offer at 9.90 euros, while a single day is worth just under 3 euros.

Unless the meet is available on public channels, one option is Eurosport player. Eurosport seems to broadcast all the finals of the meet live and it’s cheaper to subscribe it for a month (that is the minimum). The player’s one setback for some may be the fact it’s not hd-quality. But it’s not too bad either, at least if you’re not going to follow it on very big screen.

Might be worth noting that as with last year in Chartres, for some inexplicable reason it appears there is no Eurosport broadcast of Saturday, although they seem to be showing every other day.

Fuh, that went unnoticed for me. An inexplicable reason indeed. Ski Jumping at the Universiade is more important.

Morovoz vs Manaudou is a mouth watering prospect, probably my most anticipated showdown on the men’s side. It’s a shame Morozov isn’t swimming more strokes given how versatile he is. Apart from the usual Katinka show, the women’s breaststrokes also will be very exciting. Ruta vs Yuliya in the 50 and 100 – a draw in Barcelona with a title apiece, but who will come out on top this time? The WR(s) could go again I think, especially as Ruta wasn’t even feeling that well in Moscow. Ruta will want to avenge that 50 loss. While Yuliya hasn’t swum a lot of SCM, she has done a lot of world cup events this autumn. Not sure what to expect from… Read more »

I don’t think she’ll be in great shape, having not swum SC so far this year, and having disastrous turns, But Jazmin Carlin is also swimming in Herning – So Friis and Belmonte-Garcia will need to watch out for her, if she is in competitive shape.

I agree with you. You mention the biggest names. Overall, the Danish team will shine. Friis will win the 800 free. Nielsen the 100 back. Ottesen the 50 fly and perhaps the 100 fly. RMP the 200 breast with a new world record. The Danish girls the medley relay. Mads Glaesner perhaps the 400 free. About the French team, I have counted 10 gold medal possibilities! Florent Manaudou in the 50 free/100 IM/50 fly/50 breast. WHY DOES HE NOT SWIM THE 100 FREE? 🙁 Jérémy Stravius in the 50 back/100 back. Men’s 4X50 free relay Men’s 4X50 medley relay Mixed 4X50 free relay Mixed 4X50 medley relay 8 of them come from the men’s team. I should rather say from… Read more »

It will be a good battle between France and Russia for the strongest team overall I think.