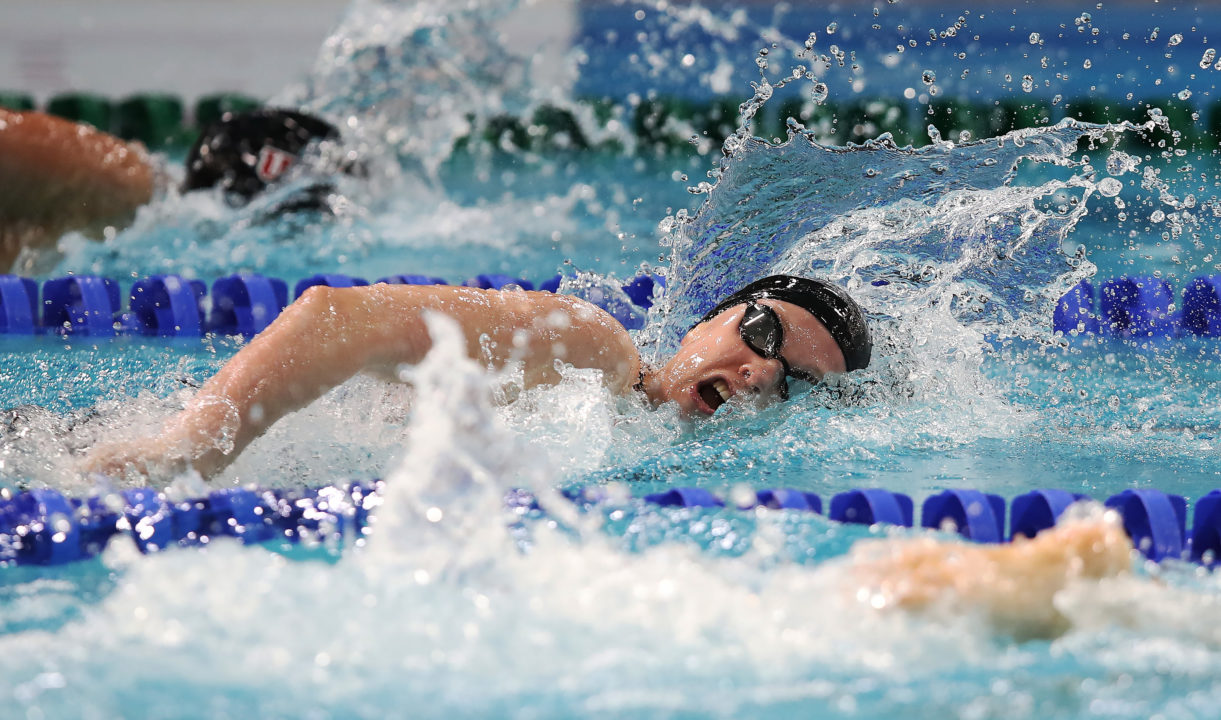 This year’s edition of the North Sea Swim Meet wrapped up with a new Scottish National Record in the women’s 4x100m freestyle relay by a squad visiting from Edinburgh.

The combination of Tain Bruce, Sophie Smith, Rachel Masson, and Lucy Hope collectively clocked a winning effort of 3:38.60, a mark that beats the previous Scottish national standard of 3:39.06 that’s been on the books since December of 2016.

Hope went on to win the women’s individual 200m free event here in Stavanger in a time of 1:56.41. That outing sits about a second outside the Edinburgh swimmer’s lifetime best of 1:55.56 notched at the 2017 BUCS Championships.

Swiss swimmer Maria Ugolkova topped the women’s 100m fly field, stopping the clock in a speedy 57.20 for the win. That outing helped her earn ‘best female’ of the meet, with her time knocking .46 off of her own national record of 57.46 put on the books 3 years ago.