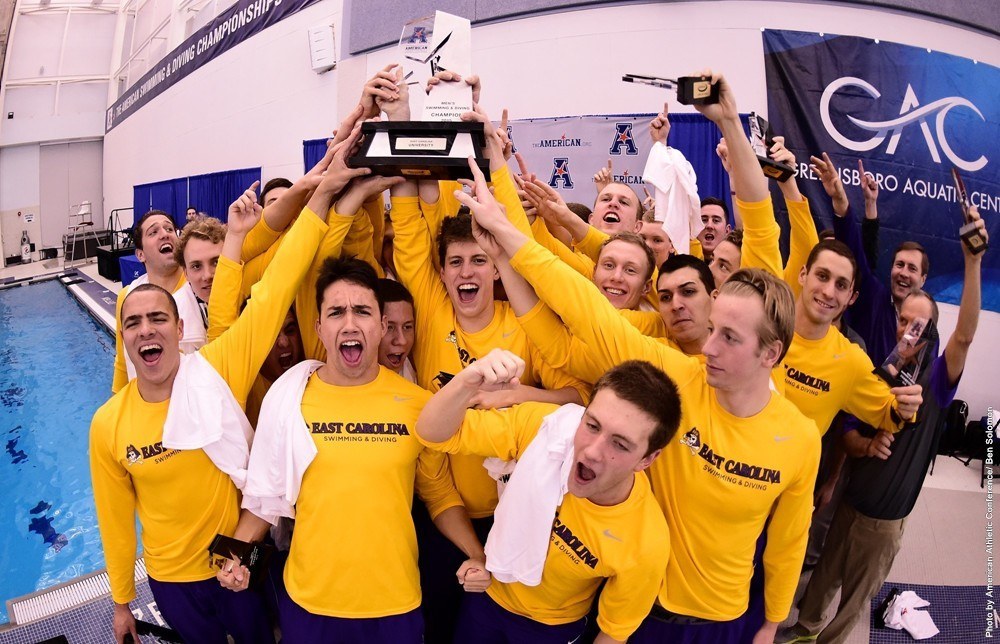 East Carolina University announced Wednesday the promotion of longtime assistant coach and former letterman Matt Jabs, who will be taking over as head swimming & diving coach. The announcement came from ECU Director of Athletics Jeff Compher.

Jabs will be taking over for coach Rick Kobe effective July 1st, as Kobe is retiring after a 37-year career with the Pirates.

“I am extremely excited that Matt Jabs will be the next head swimming and diving coach for our women’s and men’s programs,” Compher said. “Matt has been a part of our program for many years, both as a student-athlete and as an assistant coach. He understands the outstanding competitive and academic history that has been a part of our programs. I am confident that under his leadership these traditions of excellence will continue as he builds his own legacy.”

In 2013-14 Jabs helped the women’s squad post the only undefeated regular season by an ECU female athletic program in school history. Neither the men nor women’s teams experienced a losing dual meet campaign during Jabs’ tenure.

“I would like to thank Jeff Compher for this opportunity,” Jabs said. “I’m also grateful to (associate director of athletics) Lee Workman, the search committee and all those involved in this process for their belief in me. I must also thank Rick Kobe for not only what he has done for the program, but for me personally and professionally. I am thankful to have had the chance to learn from one of the best. He undoubtedly leaves big shoes to fill, but I’m confident in my ability to lead the program into the future.

“My first goal is to be better than we have been, which will require a lot of hard work from myself, my staff and our team. The ECU Swimming and Diving program has never backed down from a challenge, nor have we ever been satisfied with our accomplishments. We will always work to improve upon our past and strive for sustained excellence.”

A four-year letterman and two-time recipient of the Pirates’ Most Outstanding Male Swimmer Award, Jabs has coached multiple NCAA Championship meet participants and individual conference champions. In addition, the athletes he has mentored have posted 196 ECU top-10 career performances and accounted for 35 records. His swimmers have also been the recipients of ECU’s Most Outstanding Swimmer Award seven times and its Most Improved Swimmer Award eight times.

“An absolute perfect hire,” Kobe said. “Pirates swimming and diving is in great hands. I couldn’t be more pleased. Matt is one of the most respected coaches in the country and will take the program to even greater heights.”

Along with his work at ECU, Jabs worked as an assistant coach with the developmental group of the Greenville Swim Club during the 2003-04 season and served as an activity instructor in the ECU Department of Exercise and Sports Science for six years.

Jabs graduated from East Carolina University in 2001 with a degree in exercise and sports science with a minor in recreation and leisure studies, and earned his master’s in athletic and physical education administration two years later.

Congratulations Matt! Your apprenticeship is complete. You are more than ready to lead.

Congrats Jabs! What a great hire! The program will be in great hands for a long time to come.