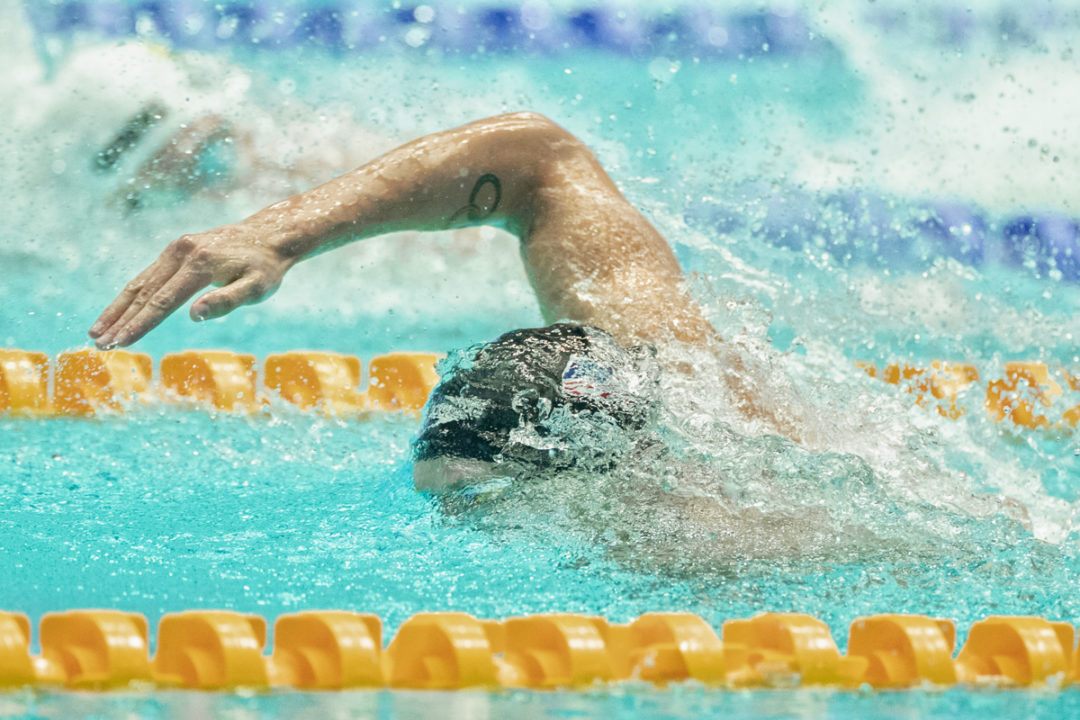 COLORADO SPRINGS, Colo. – The United States Olympic & Paralympic Committee today announced the finalists for the Team USA Awards presented by Dow, Best of July, which recognize the outstanding achievements of Team USA athletes from last month. Fans are invited to vote for their favorite athletes and teams at TeamUSA.org/Awards through midnight Sunday, August 4.

A total of 10 sports – including swimming, track and field, taekwondo, tennis, diving, triathlon, BMX, fencing, soccer and water polo  – are represented among the 13 finalists across men’s, women’s and team categories. The finalists’ collective accomplishments tell the inspiring story of U.S. Olympic and Paralympic athletes year-round.

Male Athlete of the Month
David Boudia (West Lafayette, Indiana), Diving
Secured the U.S. a quota spot for the Olympic Games Tokyo 2020 after making a successful transition from platform to springboard competition and finishing fifth in the men’s 3-meter event at the world championships

Caeleb Dressel (Green Cove Springs, Florida), Swimming
Earned eight medals at the world championships, including six gold medals, and was named Male Swimmer of the Meet for his accomplishments, which also included breaking the world record in the 100-meter butterfly.

Sam Kendricks (Oxford, Mississippi), Track and Field
Set an American pole vault record at the Toyota USATF Outdoor Championships, which was the highest outdoor jump in the world since 1994 and made him the second-highest outdoor vaulter in world history.

Delaney Schnell (Tucson, Arizona), Diving
Became the first U.S. woman in 14 years to medal in the women’s 10-meter platform competition at the FINA World Championships, winning the bronze medal and securing the U.S. a quota spot for the Olympic Games Tokyo 2020.

Alise Willoughby (Chula Vista, California), BMX
Won her second world title in three years at the 2019 UCI BMX Racing World Championships, rounding out a season in which she had been on the podium in almost every world cup.

Team of the Month
U.S. Men’s Foil Team, fencing
Won the FIE Senior World Championships for the first time in the squad’s history and ended the season as the overall world cup champions.

U.S. Women’s National Team, water polo
Sealed its third world title in a row by defeating Spain 11-6 in the gold medal match of the world championships and logging a record of 53 consecutive wins.