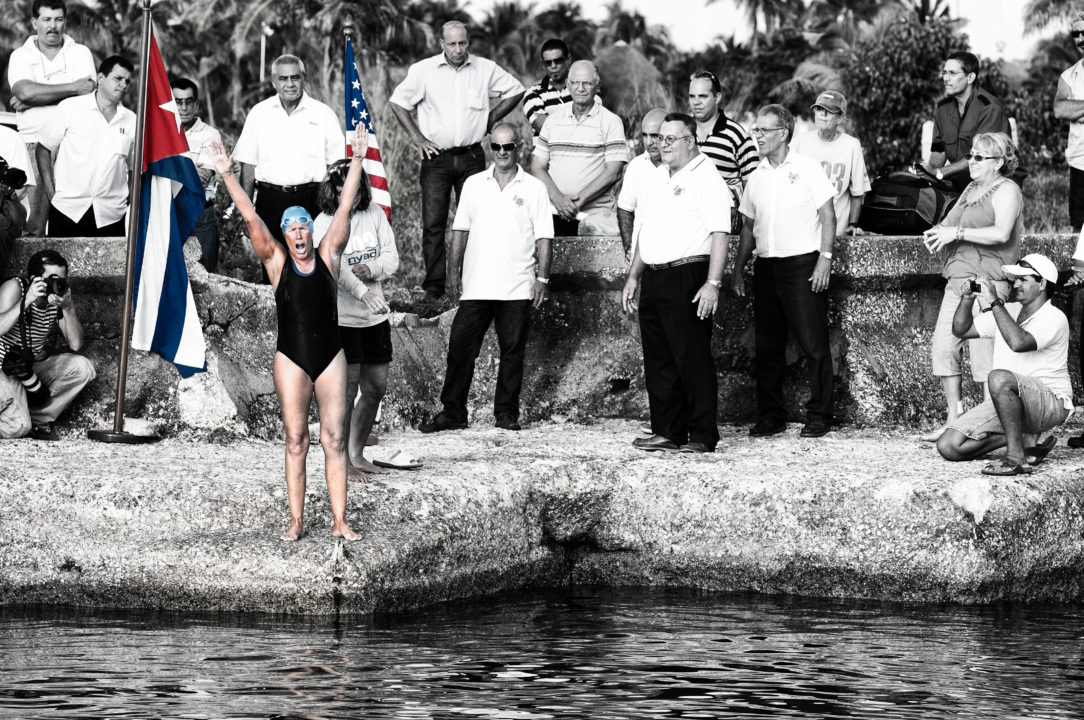 Nyad gained major national and international notoriety when she became the first person to swim from Cuba to Florida without the aid of a shark cage. The 111-mile journey took her 53 hours to complete as she swam from the beaches of Havana to Key West, Florida. She became known as one of the world’s greatest long-distance swimmers in the 1970s, and for the next thirty years, she continued to shock the world with her remarkable swims.

A famed broadcaster, motivational speaker, and author, Nyad is a national fitness icon and inspiration to many people around the world. She has been a guest speaker on TED Talks and has been featured on many national television programs, such from CNN, NBC, ABC, and more.

“As magical as immersion in pools, lakes, and oceans can be, swimming is often also a lonely endeavor,” says Nyad, “The FINIS Duo Underwater MP3 player has brought me the delight of company. Now, The Beatles and The Rolling Stones and Katy Perry are right with me, stoke by stroke. With astounding clarity, their voices, their harmonies, their guitar licks, literally make me smile as I swim.”

While Nyad no longer attempts any major long-distance swims, she still swims for fitness at her local pool and has shifted her focus to writing. She recently released a critically acclaimed book, Find A Way, which tells her inspiring story of the pursuit of a lifelong dream to swim from Cuba to Florida.

“When you talk to Diana, you can’t help but feel inspired,” says FINIS Cofounder and CEO, John Mix. “She has such a positive outlook on life, and she transcends not only the sport of swimming but athletics in such a beautiful way. It doesn’t matter what your dream is—she is always inspiring people to achieve their dreams.”

“When the opportunity to partner with Diana came about, I was thrilled,” says FINIS Global Marketing Manager, Jill Dahle. “She is the perfect ambassador for the sport of swimming. We are so excited to have Diana on Team FINIS and, together, help more people enjoy the water.”

To receive a 20% discount on the FINIS Duo Underwater MP3 player, head toFINISinc.com/duo and type in the code diana20 at checkout (case sensitive).

Swimming news release is courtesy of FINIS, a SwimSwam partner.

It’s really a shame that the myth is perpetuated.

“The great enemy of the truth is very often not the lie, deliberate, contrived and dishonest, but the myth, persistent, persuasive and unrealistic”.
– JFK

The DN PR machine does a fantasmic job at skirting the truth and accuracy of her swimming story.
It continues in her bios for speaking engagements that she’s an Olympian; or that she was the first person to swim Cuba-FL.
Until recently, Swim Across America had her listed on their website ticker list of Olympians because most (and these are mostly swimming people!) thought she was!
They’ve since deleted her name from that ticker list on their website.