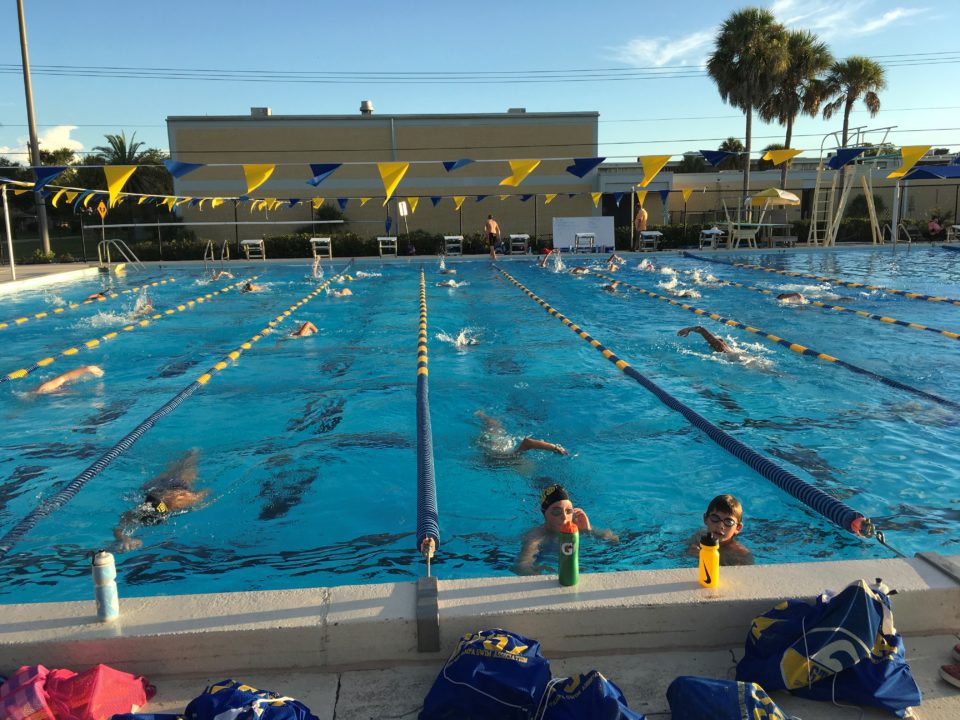 The underwater dolphin kick has become an indispensable part of every swimmer’s arsenal. Todd Hoffmeier of Greater Tampa Swim Association...

Training Blocks: workouts from top college & pro training groups over the course of a week, to see how the top minds in our sport build a training block.

The underwater dolphin kick has become an indispensable part of every swimmer’s arsenal. Todd Hoffmeier of Greater Tampa Swim Association shares a set designed to help swimmers use the fish kick in order to build up a better fly kick.

We all know the importance of having a devastating underwater fly kick.

We see swimmers win and lose races based on the power and speed of their underwaters, whether it is Michael Phelps underwater fly kick crushing Fabian Gilot at the turn in the 4x100m freestyle relay in Rio, or that swimmer next to you who nudges half a body length ahead off every wall over the course of practice.

It’s become so important that it’s referred to as the fifth stroke, and it is something that most coaches dedicate sets to within each swim practice.

Today Todd Hoffmeier of the Greater Tampa Swim Association has a kicking set to help power up your underwater dolphin kick. Hoffmeier is a former Arizona state champion in the 200 IM and a runner-up in the 100 fly before graduating into coaching just over 20 years ago.

And one of the ways that he likes to help swimmers boost their fly kick is via fish kicking.

Before Michael Phelps came along it was another American, butterflyer Misty Hyman who was making waves using the 5th stroke. (Hyman was instructed in the fish kick by Bob Gillett, who Hoffmeier also swam for.)

But unlike previous underwater kicking phenoms like David Berkoff and Daichi Suzuki, who basically held an underwater dolphin kick contest during the 100m backstroke at the Seoul Olympics in 1988, Hyman’s style was to swim on her side, emulating the movements of a fish.

Known as “fish kicks”, this style of kicking happens naturally and briefly when we push off after a turn. Pushing off that first kick or two will be partially on our side, until we finally roll onto our front.

Coach Hoffmeier designed this swim set with an emphasis on improving the kick and walls for medley swimmers. It will also help you really work on your breakouts and overall leg endurance and power.

A big thank you to Todd Hoffmeier for sharing this set and photos with us. You can stay up-to-date with him and his swimmers at the Greater Tampa Swim Association online at their website or follow them on Twitter here.

Ready to Dominate the Competition?

It includes a ten month log book, comprehensive goal setting section, monthly evaluations to be filled out with your coach, and more.

Join the YourSwimBook weekly newsletter and get motivational tips and more straight to your inbox. Sign up for free here.