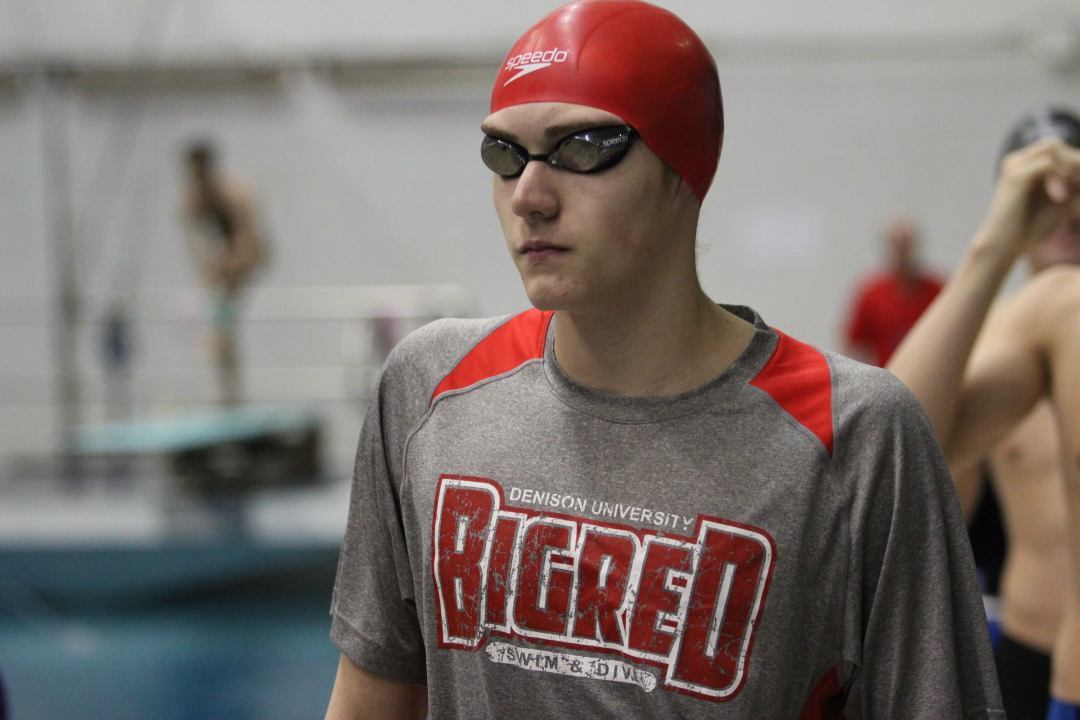 Denison’s men and women kicked off the 2014-15 swimming season with a long course meet on Saturday at Michigan State... Current photo via NCAC Staff

Other top finishers for the Big Red men included junior Ryan Fleming, sophomore Max Howes and freshman Stuart Hohm who all put up third place finishes in freestyle events. Fleming was third in the 100 meter freestyle (54.76/47.89) and anchored the fourth place 400 meter medley relay (4:11.84). Howes claimed his bronze in the 200 meter freestyle (2:00.43/1:45.61) and lent a helping hand on Denison’s 400 freestyle relay.

On the women’s side of things, the Denison crew was led by sophomore standout Campbell Costley who won two individual events and helped win one relay. Costley held off MSU senior Becca Berman to take the crown by .04 seconds in the 800 meter freestyle (9:25.49/10:33.60). In the 400 meter freestyle, Costley had a come-from-behind victory on the final 50 to secure the win finishing in 4:35.81 (5:09.03). Her final victory of the day came in the 400 meter freestyle relay, joined by senior teammates Rima Jurjus and Molly Willingham and junior Ashley Yearwood.

Big Red will be back in the water at Kenyon College next Saturday for the annual NCAC Relays. The diving team will remain in Granville for the NCAC Diving Relays.