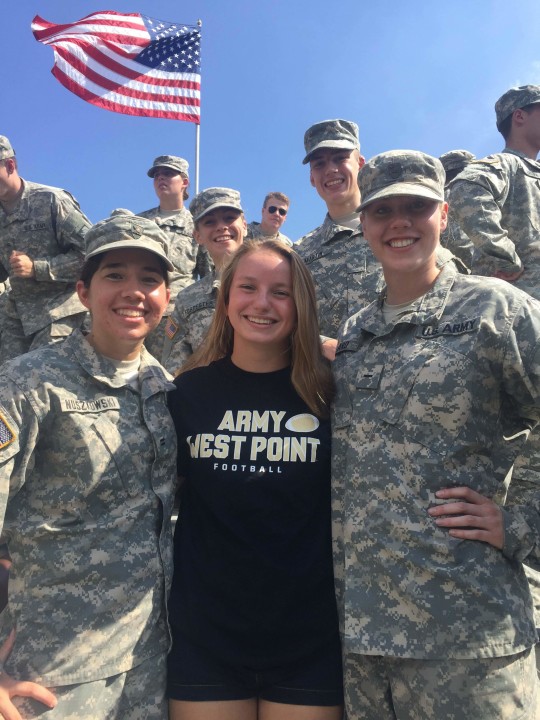 “I committed to Army West Point because of the amazing team, great engineering program, limitless opportunities both during and after West Point, and because of the opportunity to serve my country as an Officer in the U.S. Army after graduation. From the first time I visited West Point, I knew that this is where I belong. I am very excited to start this new chapter in my life with the West Point team and coaches! Go Army! Beat Navy!”

Marsh swims for Delaware Swim Team under Pablo Marmolejo. Her best times include:

Marsh will bring much-needed backstroke points to the Black Knights. At the 2015 Patriot League Championships, it took 56.67 to make the “A” final of the 100 back (Marsh would have been in a swim-off if she had swum her best time that morning) and 2:01.9 in the 200 back. In the fly, she would have made “B” finals in the 200 but would have just missed out on a second swim in the 100, as the Patriot League only runs two heats in finals.

Army West Point has received verbal commitment from an excellent group of future Black Knights so far, including: Kaylie Breslin, Nneka Pilgrim, and Serica Hallstead in addition to Marsh.