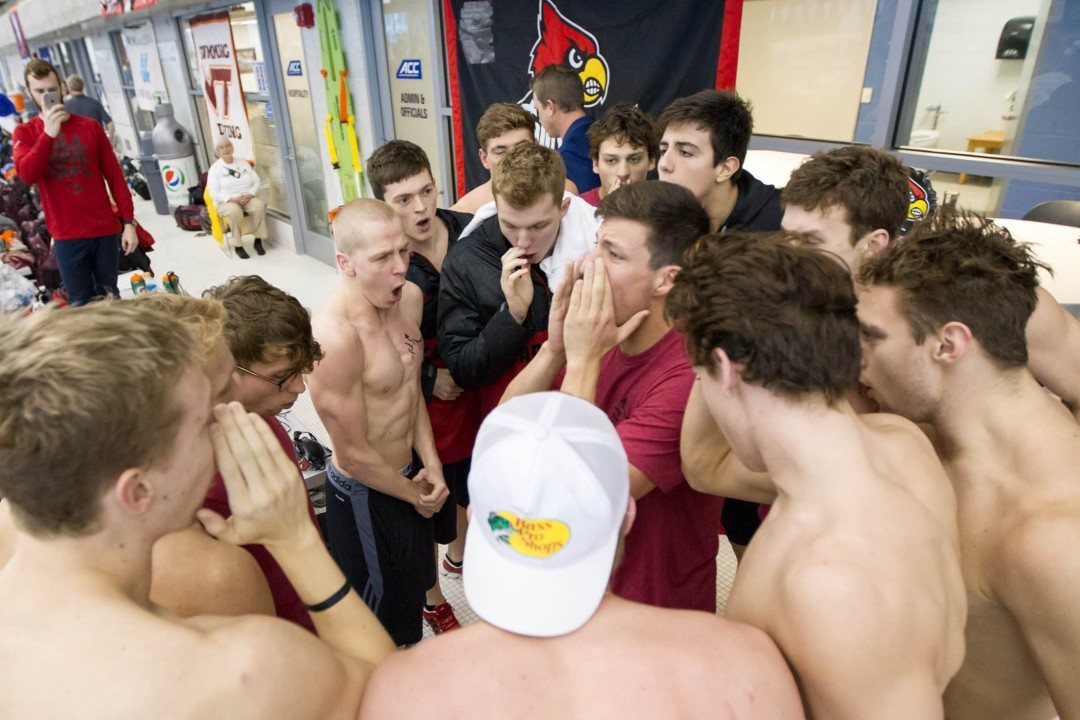 TC Smith of the Sarasota Tsunami Swim Team has pledged his verbal commitment to Louisville‘s class of 2021. Smith is a... Archive photo via Tim Binning/TheSwimPictures.com

TC Smith of the Sarasota Tsunami Swim Team has pledged his verbal commitment to Louisville‘s class of 2021. Smith is a distance freestyler primarily, and he competed at the 2016 U.S. Olympic Trials in the 400 free (69th) and 1500 free (39th).

Times in SCY unless otherwise noted

Smith, now a senior at Bayshore High School in Bradenton, FL, is the defending FHSAA 2A Champion in the 500y freestyle. At that meet, he also placed 7th in the 100y back.

Louisville swims in the competitive ACC, where they finished 2nd overall last season, well ahead of third place UNC. Smith will make the biggest impact in the distance free events. In the 500 free, he would’ve made the B final at last season’s ACC Championships. In the mile, Smith’s best time would’ve placed him 16th overall, making that event his most valuable to the Cardinals.

Louisville did not have any scorers in the mile last season at ACC’s, and mid-distance studs Matthias Lindenbauer and Trevor Carroll won’t have eligibility after this season, making Smith’s arrival very timely.

The Louisville men’s class of 2021 now includes the following:

Congrats and good luck TC!
To the Cards…if you recruit them – train them!