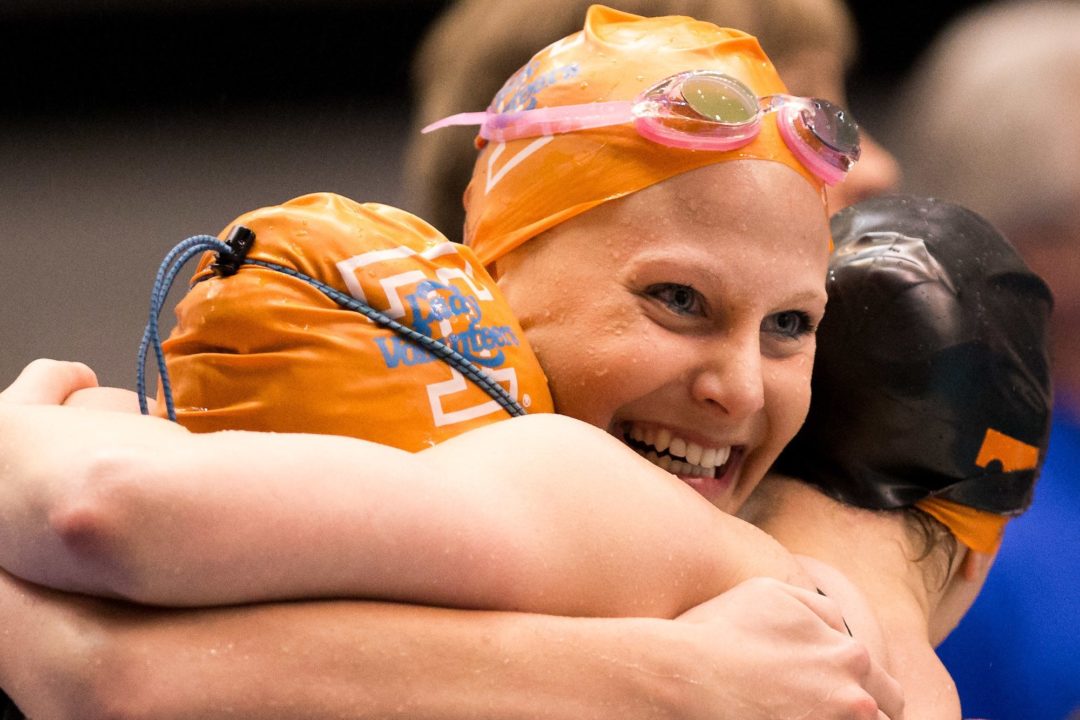 Kentucky’s Greg Ferrucci was named men’s Diver of the Week after winning both diving contests at the Wildcats’ senior day against Cincinnati. Ferrucci set a pair of season-best scores (398.25 on 1-meter, 374.33 on 3-meter), including the second-best 3-meter score in the conference this season.

The other Diver of the Week award went to Ann-Perry Blank of Georgia. Blank smashed school and pool records with her 1-meter score of 327.98 against Alabama. She also took second on 3-meter to help the Bulldogs finish an undefeated season of their own with 10 wins and a tie with Texas A&M.

DeBorde wins this award with his mediocre swims? Having trouble seeing how a 44.4 could win this award.

Agreed. Upsetting to see him swim so slow in his senior season. Looks like another year where we can only depend on his 50 free.

These are dual meets, and he is a taper swimmer. He went a 43.2 on three days rest at the Ohio State Invite.

i guess you’re on the team and can confirm that it wasn’t three days rest?

I have to agree with swimkid here, DeBorde is good but definitely doesn’t deserve SEC athlete of the week.