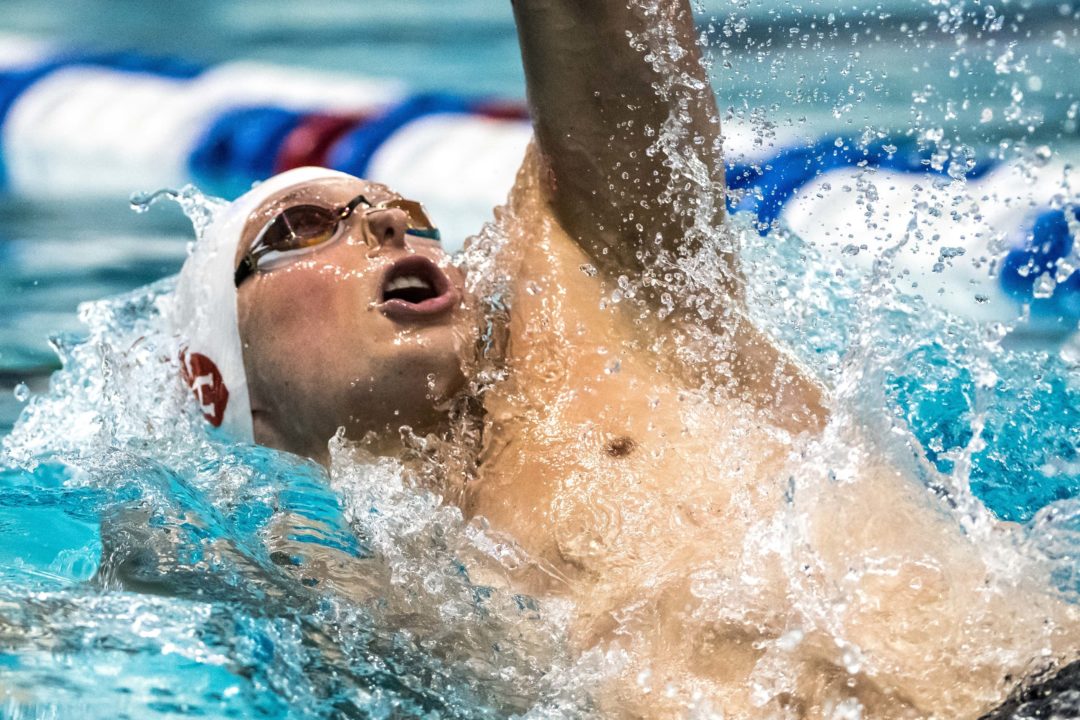 Dean Farris (pictured) and Raphael Marcoux, who had both taken Olympic redshirt years for the 2019-20 season, have not yet re-enrolled at Harvard. Archive photo via Mike Lewis/Ola Vista Photography

Dean Farris and Raphael Marcoux, who were supposed to return to Harvard University men’s swimming and diving team this fall after having taken an Olympic gap year in 2019-20, are not on the 2020-21 roster. The school has confirmed that neither swimmer is enrolled at Harvard this semester, but could not confirm if they would rejoin the Crimson in January 2021 for the spring semester.

Harvard announced in late spring that all course instruction for the 2020-21 academic year would be delivered online and that it planned to bring up to 40% of undergraduates to campus – including all first-year students for the fall semester and all seniors for the spring semester. Some students have chosen to live off-campus in the Boston/Cambridge area while enrolled at the college this year.

As a reminder, the Ivy League Council of Presidents decided in July that “it will not be possible for Ivy League teams to participate in intercollegiate athletics competition prior to the end of the fall semester.” The Ivy League is not expected to make a decision about spring athletics until December.

Marcoux, a Canadian citizen, is strong in sprint fly/free. He qualified for the 2019 NCAA Championships in the 50 free as a junior and swam key legs on several Harvard relays that scored at that meet.

The Tokyo Olympics were postponed to 2021, causing some speculation as to whether the long list of Olympic gap years and redshirts across the country would take a second consecutive season off. Harvard has not been able to confirm that Farris and Marcoux are taking the whole year, allowing for speculation that they will not return to Cambridge until the fall of 2021.

Dean is omnipresent is he not?

That makes sense to me. Why go back if you don’t know if they will even compete this year?

Is it accurate that if Farris doesn’t come back this year his NCAA career is over?

Probably not. Right now, it appears as though the NCAA is going to give everyone an extension of their 5 year clock, so that they have an extra season to complete their 4 years of eligibility because of the pandemic.

Harvard likely has more stringent requirements on how quickly he must complete his eligibility, and the ivy league gives 8 semesters of competition regardless. If he continues, there’s a good chance he grad transfers