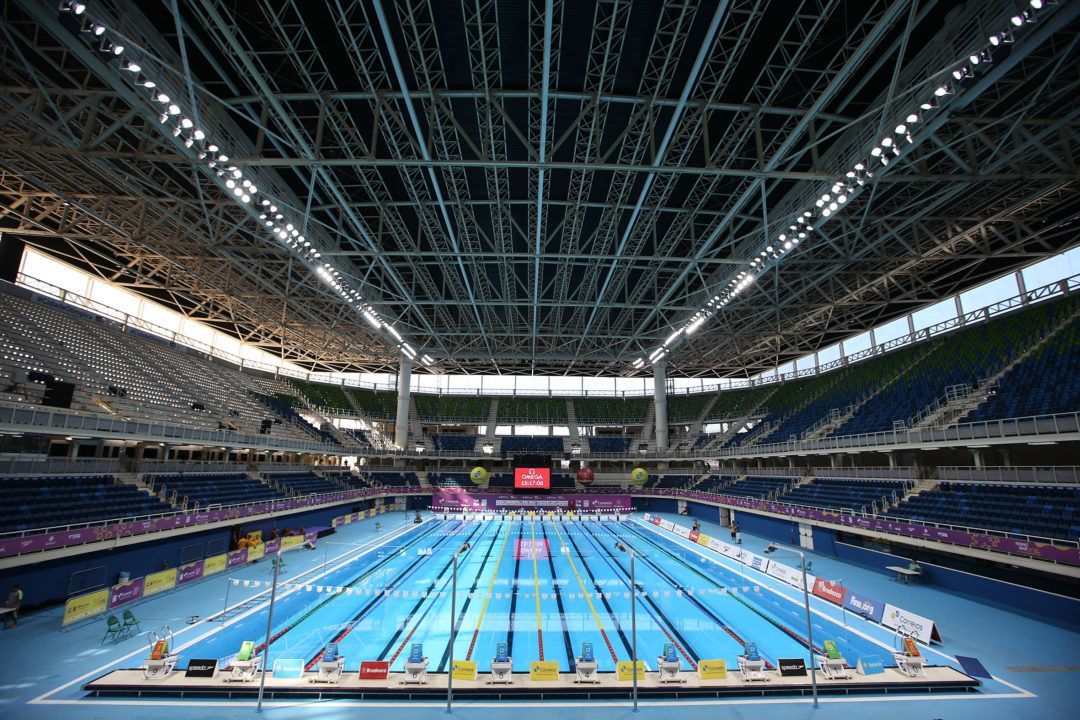 Ilya Druzhinin had a terrific 1500m free this morning that almost saw him make the final out of heat 2. Archive photo via Satiro Sodre/SS Press

Your day 7 prelim all-star is Russia’s Ilya Druzhinin, who took off over eleven seconds from his best time to get under 15 minutes in the 1500 free, one of the most elusive barriers in the sport.

Druhzinin was in just heat 2 of 6, entered with his time of 15:10.96 from the Russian Olympic Trials in April. In that swim he took off another twelve seconds from his previous best of 15:22.91, set back in March.

Druhzinin won his heat easily by over eight seconds and snuck under the barrier in 14:59.56. He sat 2nd behind Czcech Republic’s Jan Micka heading into the two circle-seeded heats, and would have to wait to find out his fate.

Ultimately he fell just four seconds shy of a spot in the finals, but still a great swim considering how far he’s come in the last few months.

That swim would’ve put him even closer in the mix back in 2012, as it took 14:57.59 to final. Beijing was quite fast, but in Athens and Sydney that time would qualify him 2nd overall for the final.

He ended up finishing 13th, actually beating his countryman Yaroslav Potapov who cleared him by over seven seconds head-to-head at the Russian Olympic Trials.

At just 18 years of age, Druzhinin will be one to watch out for in the future. He was the top placing 18-year-old in the field, and one of only two swimmers under 20 to crack 15 minutes (along with Norway’s Henrik Christiansen, who qualified 8th in 14:55.40).

Since the beginning of 2016 Druzhinin has erased 27 seconds off his best time, and could be a future star with his recent drops in time.

Honorable Mention: The one swimmer in this prelim session who did qualify for the semi-finals (or finals) out of one of the non-circle seeded heats was Inge Dekker, who finished in a tie for 13th in the women’s 50 free after defeating cervical cancer earlier this year.

Dekker, who underwent surgery in March, resumed competing in June and was named to the team in July clocked 24.77 to tie with Arianna Vanderpool-Wallace of the Bahamas.

“Since the beginning of 2016 Druzhinin has erased 27 seconds off his best time, and could be a future star with his recent drops in time.”

— It’d be a lot easier to be happy for him if, due to recent revelations, we didn’t have to suspect him of being Ilya Drugsinhim.

what’s with the deleting comments?

Nothing about Jordan W’s personal best and 1st place in Heat 5?