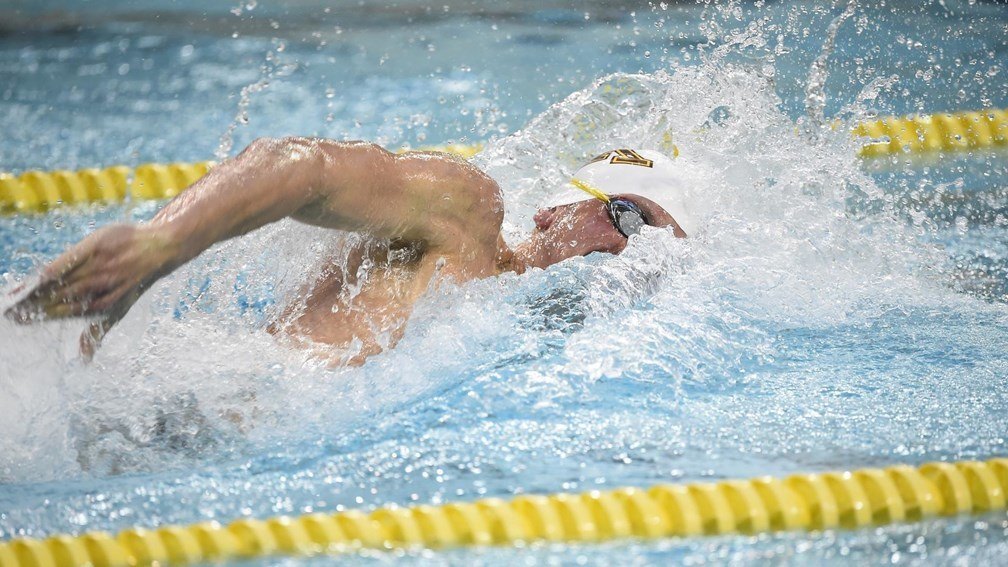 Seasoned veterans like Bowe Becker mix with swimmers trying to punch their ticket to Omaha at the GAIN Invitational. Archive photo via Minnesota Athletics

16-year-old Lucy Bell of Fort Collins Area Swim Team won the 200 fly with a Wave 2 qualifying time of 2:12.06. It was her second-best lifetime performance and her fastest since 2019 Summer Juniors when she clocked a 2:11.18. Sandpipers’ Paige Kuwata swam a PB of 2:14.11 for third place, coming in under the Wave 1 standard for the first time.

Connor Hunt of Sarasota Sharks and Josh Parent from Bluefish battled it out in the men’s 200 fly, with Hunt getting the win thanks to a strong back half. His 2:03.44 was his fastest since 2019 Summer Juniors. For Parent, it was a lifetime best by just over 1 second.

Those scy preliem times are amazing.

Good lord that is crazy