Day 2 ACC Roundup: Worrell-Wind is Just Icing on the Cake for Performant Conference 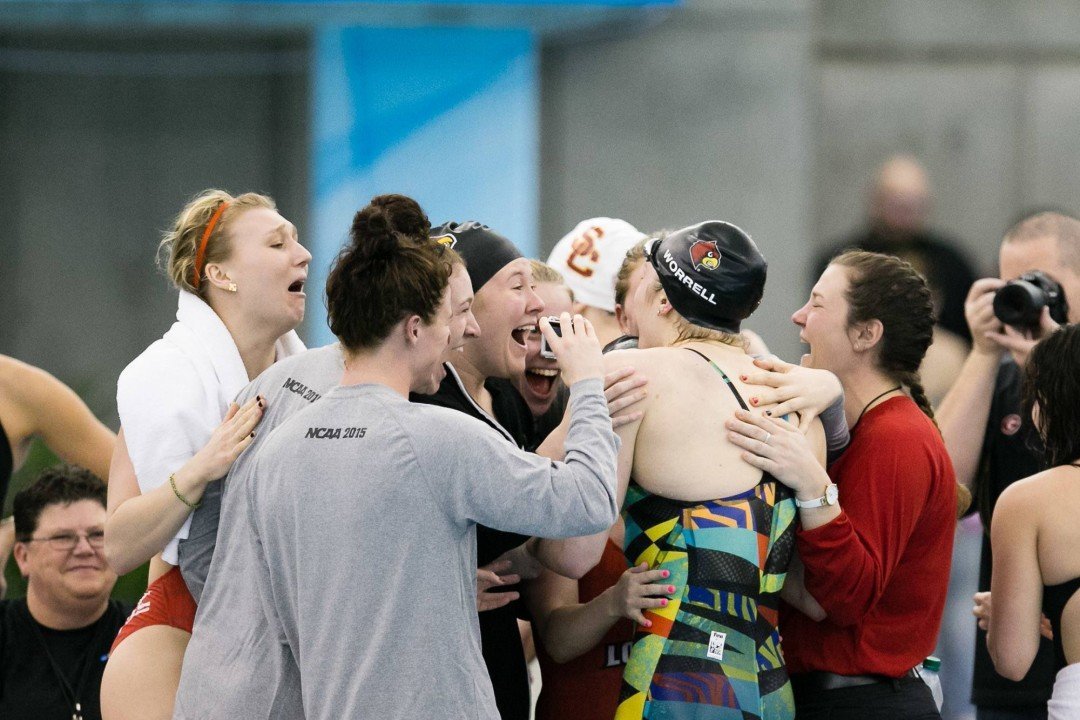 There was a lot of emotion in Louisville when Kelsi Worrell broke the American record in the 100 fly on Day Two of NCAA Division I Championships. Current photo via Tim Binning/TheSwimPictures.com

The ACC has five teams in the top 20, the most of any conference after the SEC, which has 6. The Pac-12 and the Big Ten each count 4, while the Big 12 has just one representative in the top 20.

You got the feeling Louisville’s Kelsi Worrell had something special in store for us today when she started prelims off with a 22.0 split for the 50 fly on the Cardinals’ 200 medley relay. And as fast as that was, it was only the beginning. An hour later she had broken Natalie Coughlin’s American short-course record of 50.01, going an unbelievable 49.89 in prelims. As she came barreling down the final 25, perennial announcer Sam Hendricks mentioned the mark to beat, but when she hit the wall .11 under the elusive 50-second barrier, he was speechless. It was just that hard to fathom.

The Worrell-wind wasn’t over, though. In finals, she came back even faster, registering a 21.9 on the fly leg of the medley relay and a 49.81 to lower her own NCAA and American records in the 100. Her victory in the 100 fly made Worrell the first female swimmer in history from University of Louisville to win an NCAA title.

Getting ready for Day Two (courtesy Louisville on Twitter)