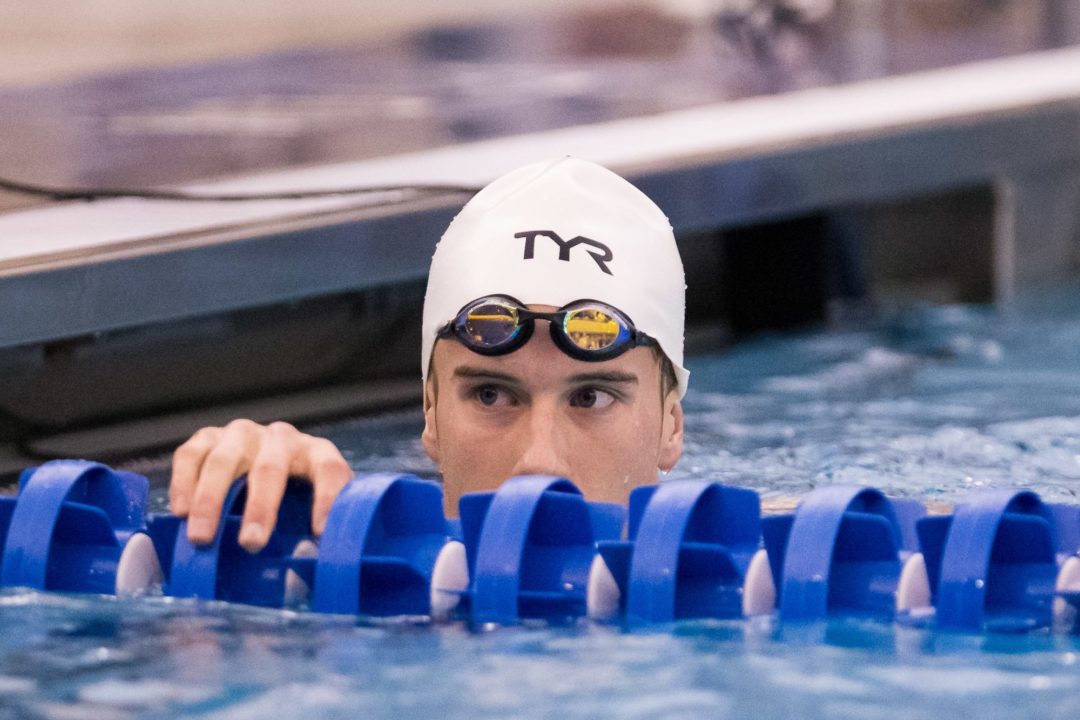 Paul Powers is off to a great start at the 2015 Men's NCAA Championships. He joined elite company by making the A final in the 50 freestyle as a freshman. Archive photo via Tim Binning/TheSwimPictures.com

Iowa City, Iowa- There’s a freshman tearing up the pool at the NCAA Championships whose name isn’t Caeleb Dressel. Michigan’s Paul Powers is off to a very strong start, under the radar, for the Wolverines.

Powers, along with Dressel, represented their teams in the A final of the 50 freestyle, becoming just the fourth and fifth freshman to A final in the 50 freestyle since 2010, the others being Kristian Gkolomeev for Alabama in 2014, Seth Stubblefield for Cal in 2012, and Vlad Morozov for USC in 2011. Jimmy Feigen represented Texas in 2009, and Cesar Cielo swam in the A final for Auburn in 2006. Making the A final in the 50 as a freshman puts Powers in elite company.

Powers took eighth from the eighth seed in the A final with a 19.44. He swam a 19.32 in the prelims. The A final was Powers’ fourth 50 on the day, meaning he could have been tired from the other three. The Michigan freshman star led off both the 200 freestyle relays on Friday, a 19.23 in prelims and a 19.44 in finals.

That eighth place finish and 11 points are crucial to Michigan’s chances of a top three finish in the team race. Through Day 1, Michigan sits in fourth with 105 points, just three points back of Florida’s 108 and 14 behind Cal’s 119 for second.

Powers won’t swim an individual event Saturday, with his other event coming in Sunday’s 100 freestyle, where he is seeded 26th with a 42.90, so he should be fresh for his next individual outing, depending on his relay swims between the two days.

Thanks for doing an article about the B1G and Michigan’s swimmers.