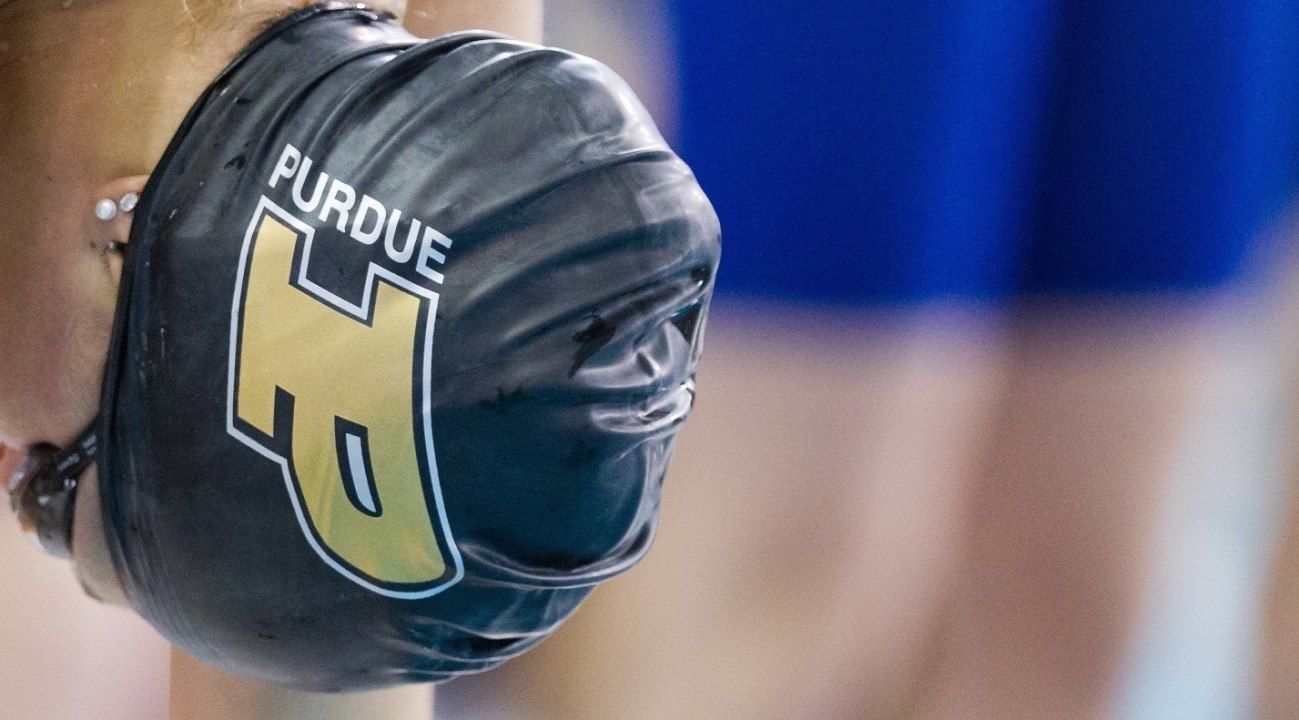 The Purdue women showed off an impressive, burgeoning mid-distance group in the first session of the home-hosted Purdue Invitational on Friday morning, with two swimmers breaking the old school record in the women’s 500 free.

In the final, watch to see if Davis can maintain contact with Meitz on the second 100 yards. If she can do that, stay at Meitz’s shoulder, then Davis will have a chance at winning this race.

First, senior Allie Davis swam a 4:41.97 in heat 2 of the race, and then two heats later, sophomore Kaersten Meitz took the record back in 4:40.29. The record previously belonged to Meitz when she swam a 4:42.11 at last year’s Big Ten Championships.

Both swimmers were NCAA qualifiers last season, where each added a small amount from their season-bests to finish 22nd (Meitz) and 28th (Davis) respectively. While both have a chance to improve upon their morning results in finals, both have already positioned them for early NCAA qualifying, which means they’ll have a chance to chase more lifetime bests at the NCAA Championships and boost Purdue’s scoring output in March. Last season, Purdue finished 30th overall at NCAA’s, but didn’t score any individual swimming points.

Also qualifying for the A-Final in this race was NCAA qualifier Genevieve Miler from Air Force, who qualified 4th in 4:47.55.